In a win for Hindus, Madras HC sets aside order permitting HRCE take over of Ayodhya Mandapam 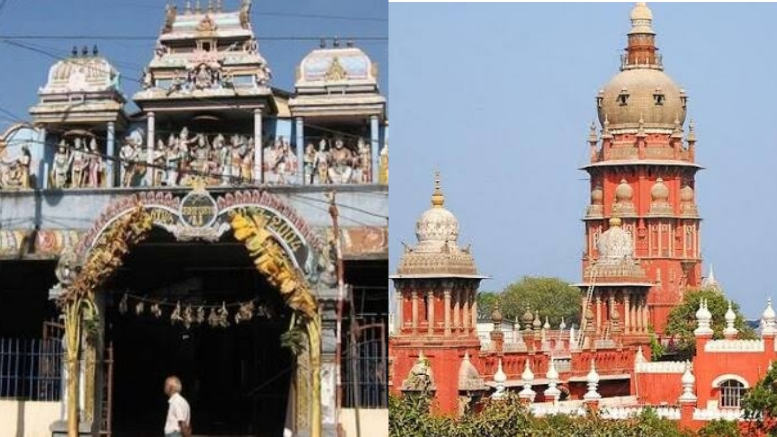 Madras High Court has set aside the order permitting the takeover of Ayodhya Mandapam in Chennai. The TamilNadu HRCE department had moved to take over the Mandapam against the locals’ wishes.

Last week HRCE had appointed a fit person to manage the Mandapam’s affairs and forcibly took it over despite protests based on a 2013 court order. The order was served after allegations of mismanagement surfaced against Sri Ram Samaj which runs the Mandapam. However later it came to be known that a disgruntled individual had gone to court as his membership application was rejected by the Samaj.

HRCE officials with the help of police took over the Mandapam on April 12. Ram Samaj went to court against this move as the Mandapam doesn’t serve as a temple and doesn’t have murtis installed as per Agama Sastras. Now, the court has allowed HRCE to conduct an inquiry into the allegations while giving the full control of the Mandapam to Sri Ram Samaj till the inquiry is concluded.

HRCE’s move to take over the Mandapam was perceived as an attempt to threaten those who voted for Uma Anandhan, the sole BJP councilor from Chennai Corporation. BJP had extended its support to the locals and Hindu organisations in their protest against the move.

Earlier the court had ruled that the issue should be taken to an appropriate body. The court observed that ‘there was a dispute regarding the installation of idols and poojas conducted by the petitioner and whether the mandapam is a public temple or not’ and dismissed the application filed by the Samaj against HRCE’s notice of take over.

But the media and HRCE interpreted it as permission to take it over and forcibly entered the Mandapam. Uma Anandhan, who is also the Vice President of the Temple Worshippers Society, has been relentlessly fighting against government control of temples. She sat in protest in front of the mandapam opposing the takeover.

Speaking to the media, she said that HRCE has no right to take over the mandapam against the Supreme Court verdict. She cited the Chidambaram temple verdict, which said that HRCE could take over a place of worship only if it finds the presence of evil and that it can manage it only till the issue is sorted out.

As Dravidianists had a meltdown over Uma’s win in the local body election, the DMK government’s move to take over the mandapam is seen as a deliberate attempt to push the threshold on temple freedom and harass Hindus who voted for Uma. Madras HC’s order setting aside the previous order will be dictated tomorrow. Acivists expect that the 2013 order will be struck down and Ayodhya Mandapam will be free from government control soon.