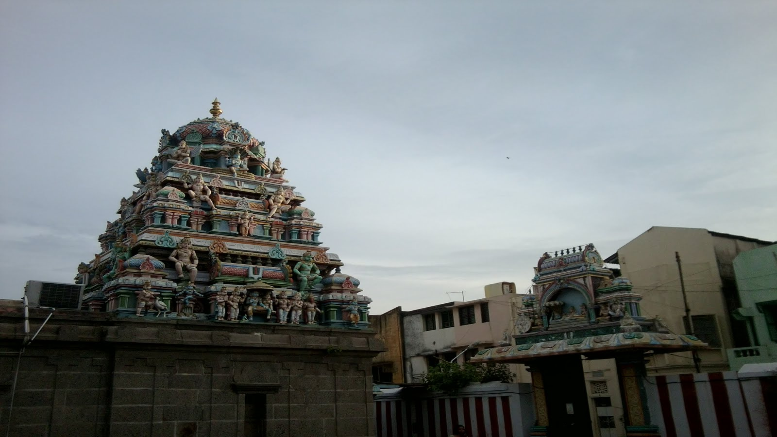 The Tamil Nadu government has backtracked on its decision to take over an ancient temple in Chennai after temple activists went to court against the move. When the case came up for hearing HRCE’s counsel informed the court that the GO will be withdrawn. This comes as a refreshing news in the midst of anti-Hindu DMK government’s continuous moves to meddle in temple management.

Few days ago Adi Kesava Perumal temple in Mylapore, Chennai was served a notice by HRCE about taking over the temple. The next day itself HRCE stuck notices at the entrance of the temple announcing about the take over. It also appointed a representative replacing the trustees of the private trust that has been managing the temple so far. The temple is considered to be 500-1000 years old and is the birthplace of Peyazhwar, one of the 12 celebrated Vaishnavite saints (Azhwars).

The HRCE minister and Commissioner visited the temple and claimed that the temple was unkempt and in need of urgent repair. He said that the consecration ceremony (Kumbabishekam) hasn’t taken place in the last 12 years and 10 acres of land belonging to the temple are encroached.

He claimed that even though HRCE received complaints of corruption in the temple in 2014 itself no action was taken by the previous government which is why the DMK government has taken over the temple now. However the trustees have said that they had applied for permission to conduct the consecration ceremony 5 years ago which is still pending. Cases filed by the trust to remove encroachments on temple properties are pending as well.

About the corruption allegations in the sale of temple land the trustees have clarified that the concerned properties were sold 100 years ago and those who were involved in it are long dead. HRCE had served notices against 5 trustees of the temple. NC.Sridhar, the trustee who appealed against the takeover in the court, has said that 3 of them are dead and 2 of them have resigned. It is pertinent to note here that the earlier moves by HRCE to take over the temple were thwarted by Madras HC pointing out that it is a denomination temple.

The move to take over caused widespread outrage and temple activists geared up to oppose it through the judiciary. However when the writ petition came for hearing, HRCE through its counsel let the court know that it will withdraw the GO issued for the take over. Activists think that probably issuing notices to dead trustees caused embarrassment and the government decided to withdraw as a result. Even though the government has backtracked for now, it is expected that attempts to take over more temples will be made in the future.