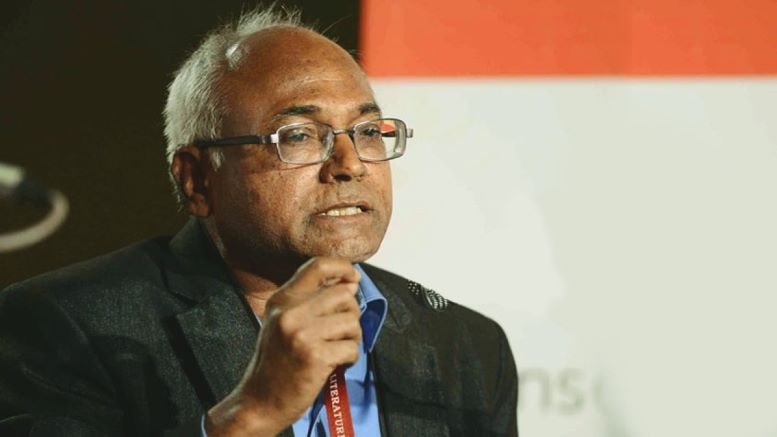 Christian convert Kancha Ilaiah has come up with an illogical theory regarding the Sindu-Sarasvati Civilization (SSC). An old interview of Ilaiah shows him crediting the founding of the Sindhu-Sarasvati Civilization and the building of advanced cities such as Harappa and Mohenjodaro to a shepherd named Harappa who Ilaiah claims was driven to the South by the invading Aryans.

Beerappa is a God of Harappans who fled to South India from Aryan invasion.
From this came names like Veerappa, Nijalingappa..
😀😀😀😀 https://t.co/PuSLPrkH7w

In Ilaiah’s words “In 4950 BC, don’t know whether he did it because of God’s Command or on his own, a shepherd called Harappa built Harappa, Mohenjodaro cities and Sindhu civilization“. This is a clear attempt at Christian appropriation, as the Christian evangelists are always known to do since Ilaiah brings in a casual reference to God’s command and shepherd etc which are normally associated with Christian mythology.

He then goes on to make other ridiculous claims such as the SSC city of Dholavira having been founded by someone called Veeraiah. The names of the cities are supposedly proofs that these cities were founded by Dravidian sounding people. Ilaiah also claims that the invading Aryans burnt and destroyed those cities and had it not been for the marauding Aryans then agriculture would have been developed by Harappa.

According to the absurd theory of Ilaiah, successors of Harappa are said to have escaped and settled along the banks of the Godavari and Krishna rivers. He further adds that common South Bharatiya names such as Beerappa, Veerappa, Moily, Nijalingappa are derivatives of Harappa.

His attempt at Christianization doesn’t stop here and he then makes even more illogical claims. Ilaiah says that unlike Buddha and Mahavira who were clean-shaven, Jesus, Socrates, Aristotle all had beards. He says that Buddha and Mahavira could get their beards shaved only because of the presence of barbers which is confirmed by the barber’s knife found at Harappa.

Ilaiah also wants villages of Bharat to be converted to English speaking places so that Bharat is able to compete with China. According to him, the burden to change Bharat has fallen on him after Ambedkar since he wields the English pen.

These claims by Ilaiah are not just baseless but absolutely absurd and ridiculous and actually borders on the comical. The attempts at Christianization are crystal clear and Ilaiah just keeps repeating the now discredited and disproved Aryan Invasion Theory. DNA studies have not just proved beyond doubt that there was no Aryan Invasion or migration into Bharat but also that the Vedic and the Harappan people were the same. In other words, there is no Aryan-Dravidian division, and that all Bharatiyas have a common ancestry.

Writing in the SwarajyaMag activist Madhu Kishwar has this to say about Ilaiah “Kancha Ilaiah came to be feted and celebrated by church leaders and organizations and catapulted into international fame after he converted to Christianity and wrote a rather pompous, malicious hate tract against Hinduism titled Why I Am Not a Hindu. It is based on willful distortions and clearly written for the purpose of ingratiating himself with rabid evangelicals. Before Ilaiah wrote this, he was neither an avant-garde academic nor a celebrated public intellectual. As soon as he published his hate tract, he was touted by Christian organizations as a leading global intellectual and radical reformer of the decadent Hindu society”.

it was only due to his endorsement by Christian organizations that Ilaiah was called upon to deliver lectures at famous universities in the West. He earned fame and money by abusing Bharat and Hindu Dharma. Elements such as Ilaiah were further encouraged by the Congress-led UPA (United Progressive Alliance) regime which was remote-controlled by Sonia Gandhi.

No wonder, Ilaiah had the audacity to write a book titled ‘Post-Hindu India’ which was widely discussed by the mainstream media during the UPA days. The above video shows that he has absolutely mediocre knowledge and is no intellectual by any stretch of the imagination. It is only due to his rabid anti-Hindu stance and his conversion to Christianity that he has endeared himself to anti-Hindu and anti-Bharat forces.

The fact that the influence they once wielded has now faded away under the current BJP-led NDA regime has frustrated the likes of Ilaiah.