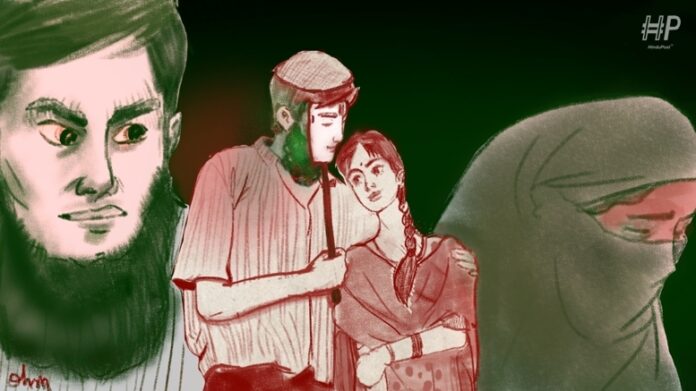 Another case of alleged Grooming Jihad (aka Love Jihad) has come to the fore, this time from Maharashtra’s Kolhapur. A 13-year-old Hindu girl went missing since her last exam conducted on October 17 just before the Diwali festival and has not been found as yet.

Her family lodged a complaint under the POCSO Act and have apparently named one Altaf Kazi (23) as the accused who groomed and abducted their daughter. Angry locals have accused the police of inaction saying they have done nothing to trace the girl. It is believed that the girl has been taken to the neighboring state of Karnataka by the pedophile. They alleged that such cases of grooming/love jihad are always treated with apathy by police.

Various Hindu groups, including BJP MLA Nitesh Rane, on Wednesday staged a ‘Thiyya Andolan’ (squatting in protest) in front of Juna Rajwada police station in Kolhapur in protest against the police’s failure to rescue the minor girl.

Rane alleged that the police officers were being evasive when asked about action taken in the matter. The BJP leader said this was possible as there was no anti-conversion law in the state and alleged that the police department totally neglects Love Jihad incident in the city. He issued an ultimatum to the police department to find the girl within the next two days else he will increase agitation.

It has been in several cases that police is initially loathe to act or even register parents’ complaints, and only stirs into action when Hindus stage such protests and put pressure on higher-ups. This is the sad state of law enforcement in our secular Republic, especially when it comes to security of the law-abiding and peaceful majority community.