DMK appoints a Christian missionary as member of TNPSC : who is Pastor A Raj? 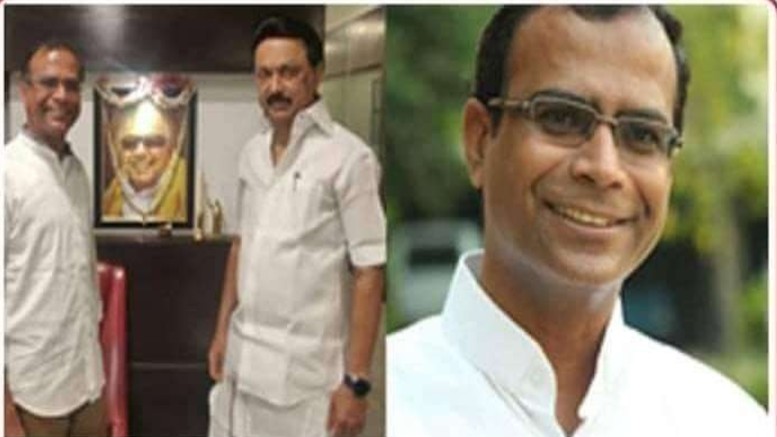 In an outrageous move, DMK government in Tamil Nadu has appointed a missionary as a member of Tamil Nadu Public Service Commission(TNPSC). The Catholic pastor’s organisation had recently distributed relief materials in the memory of Jesuit priest Stanislaus Lourdusamy who was arrested by the NIA for his pro-naxal, maoist activities. Inducting a missionary into a government body has once again proved the fact that DMK follows Christian theology in the name of atheism and rationalism.

Father Arokya Raj Mariasusai, a pastor of the Salesian (Don Bosco) order in Yercaud under the Salesian Province of Trichy, introduces himself as a journalist, columnist and developmentalist. He is also the director of Shevaroy Hills Tribal Development Institute. It targets children and women of vanvasi villages in Shevaroy Hills, Yercaud. The hills are dominated by marginalised and economically challenged vanvasis called Malayalis. The Don Bosco order in Yercaud covers 61 villages out of the 67 tribal villages in the hills.

Pastor A. Raj, as he likes to call himself in social media, is also the rector of Jnanodaya Salesian College, Yercaud. It is a theological College and serves as a post-novitiate training center for young pastors. To give you an idea of what possibly the so-called secular work of the Catholic church could mean, the motto of Jnanodaya Salesian College is “Let Him Illumine Our Mind” which is taken from Rig Veda 3-62-10. But the Salesians have twisted it to mean “Christ is the Supreme Luminary who enlightens everyone born into the world (Cf. Jn 1:9).”

Apart from the college and tribal institute, he is the secretary of Social Profit Skilling (SPS) India Foundation. SPS India is funded by Stichting Pater Schlooz, a Dutch NGO. Francis Schlooz was a Dutch missionary who worked under the Don Bosco mission in TN. SPS Netherlands funds projects in India in his memory. Curiously SPS India doesn’t have an FCRA license. SPS India is connected to a myriad of NGOs that receive funds mainly from The Don Bosco Society, Trichy and other NGOs.

The website of the Salesian Province of Trichy states its mission as, “to build a society where, The Kingdom of God with all its values will be realized through evangelization, education and catechesis” and “to train rural poor youth in Socio-cultural dynamics to organize themselves as a movement to bring about social transformation”. It openly declares that youth, women and children from economically and socially backward rural communities are the church’s target for conversion.

Coming back to pastor Arockia Raj Mariasusai’s individual background, he was invited by the Rector Major to work in Amsterdam, Netherlands for a couple of years, and undertook the Missionary Orientation Programme organized at Rome by the Department of Salesian Missions. Recently, like all other Catholic priests, Mariasusai also supported naxal-Maoist sympathiser Stanislaus Lourdusamy and his organisation distributed relief material to villagers of Yercaud in his memory.

Mariasusai has now protected his twitter account @rajsdb. But the TL of @TYercaud shows his affiliation and affection towards DMK and its policies. It also mocked Hindu scriptures like Manusmriti and tweeted in support of Thirumavalavan when he spread lies about the scripture. Mariasusai’s SPS India Foundation made a musical on transgender awareness which was directed by Udayanidhi Stalin’s wife Kiruthiga Udayanidhi. He has written a book ‘World Cinema, A Celebration’ and seems to have a closer relationship with Tamil cinema celebrities, a den of anti-Hindus.

Few weeks ago Dindigul Leonie, another Christian who made a distasteful remark that women’s hips look like barrels nowadays, was appointed as the head of Tamil Nadu Textbook and Educational Services Corporation (TNTB&ESC). It is a well known fact that certain departments of the TN government and other states are infested with evangelists. TN being the pet project of the social engineering concept of Breaking India forces, the departments of Education, Women and Child Welfare and Social Welfare are full of evangelists with their own agenda. Now they seem to have moved on to the next stage and into the recruitment process. We need not wait for the results of Mariasusai’s appointment as Child Welfare Committees offer a good example.