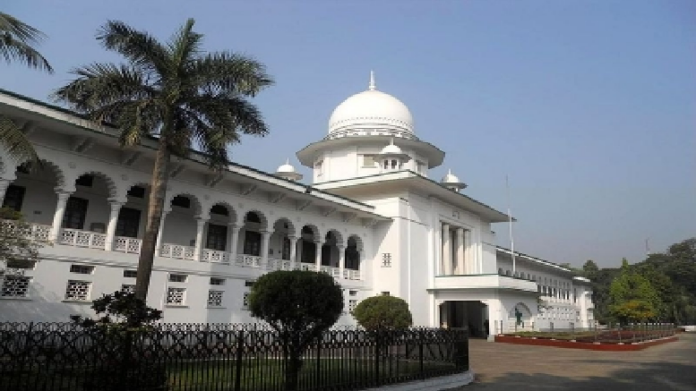 A Delhi-based lawyer on Monday wrote to the Chief Justice of the Supreme Court of Bangladesh demanding a judicial probe into the recent attacks on Hindus and Hindu temples in the neighbouring country.

In the letter, advocate Vineet Jindal urged the Bangladesh Supreme Court to direct the government to conduct an independent inquiry by a sitting SC judge into the communal attacks.

Jindal told IANS that his office was trying to reach Chief Justice Syed Mahmud Hossain, but couldn’t get a response due to the holiday there on account of Milad-un-Nabi, the birthday of Prophet Muhammad.

Jindal urged the Chief Justice to direct the Bangladesh government to ensure the safety and security of minority Hindus, as provided under Article 11 of the Constitution of Bangladesh.

Demanding to take suo motu cognizance of the matter, the advocate said that there have been many reports relating to human rights violations against Hindu minorities in Bangladesh, including looting, grabbing of land, forceful conversion and sexual harassment of women.

Hindu minorities are not allowed to perform their religious activities and even Hindu temples are being damaged by anti-social elements and these illegal and unconstitutional acts are going on without any obstruction, the letter contended.

Recently during Durga Puja, some Hindu temples in Bangladesh were vandalised by anti-social elements belonging to the Muslim community, which enjoy majority in Bangladesh.

A large number of Hindu temples and Durga Puja pandals were targeted by the miscreants who vandalised the idols in them. The attacks have even claimed the lives of people belonging to the minority community in Bangladesh.

The recent attacks point at the miserable condition of Hindu minorities in Bangladesh, the letter said. It also sought financial compensation for the victims of the recent attacks.

Hindus are the largest minority in Bangladesh, accounting for about 8 per cent of the total population, the letter said.