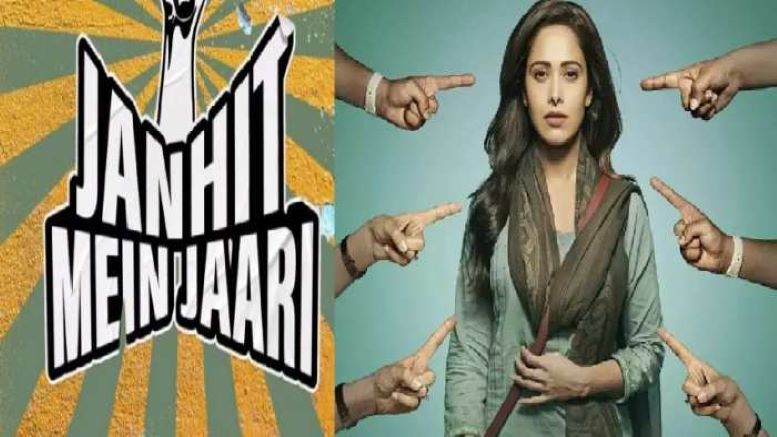 Bollywood is synonymous with Hinduphobia which is pretty evident in most movies. The latest to join the bandwagon is Janhit Mein Jari where a Hindu family is shown applying Tilak to and doing Puja of a commode seat.

Admittedly, Hindus believe Bhagwan is omnipresent but that doesn’t mean one applies tika to toilet seats. Bollywood has time and again demeaned rituals and customs in keeping with its narrow agenda. Since Islamists and secularists have an iron grip on the industry, such distortions are bound to happen. HINOs (Hindus in Name Only) and Wokes are bound to lap this up but the bigger danger is the influence such propaganda is bound to have on the next generation.

The trailer of another much-awaited film Brahmastra released recently. One can see Ranbir Kapoor ringing a temple bell while wearing his shoes. No Dharmic ever wears slippers/shoes while visiting a temple. These may appear to be minor details but are important because they tend to influence younger generations who emulate the Bollywood entertainers.

Such disrespectful portrayal of Hindu customs & rituals is deliberate. Movies are full of anti-Hindu content promoting Hindudvesh. Hindu Dharma gets associated with things like lynchings and rapes because of such depictions. Even while remaking south movies it distorts remakes to present Hindu Dharma in a bad light. It replaces pro-Hindu content in the original movies with other minority appeasing or Hindudveshi (Hindumisic) content.

Bollywood would never dare to demean the customs of Christianity or Islam. In fact, they would not even call out the evils in these religions for fear of backlash & offending the sentiments of their followers. Hurting Hindu sentiments, however, is par for the course as far as Bollywood is concerned.

Hindus are portrayed negatively in movies while Christians and Muslims are humble people who rush to the hero’s aid at the drop of a hat. It is also the most hypocritical industry whose members masquerade as activists while Bollywood movies normalize stalking, rapes, and objectification of women. Actors and actresses talk about feminism but in reality, they hardly practice it.