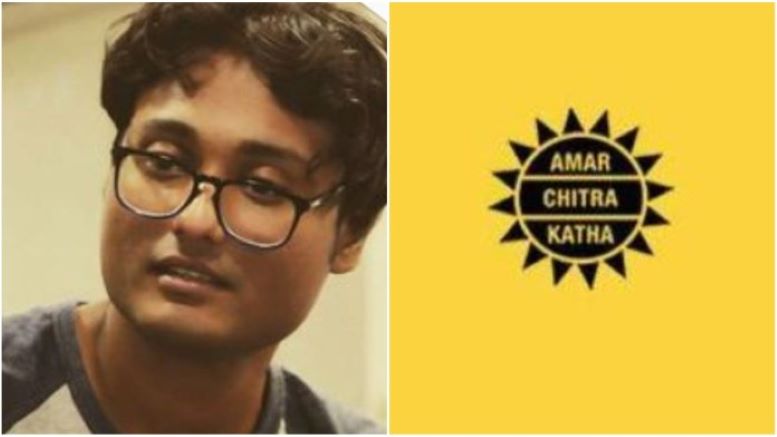 Muslim intern at Amar Chitra Katha Abu Amaan was fired for posing obscenely with temple sculpture after his anti-Hindu statement went viral on Twitter on March 24 creating an uproar among Twitteratis. He boasted about having posed obscenely with Hindu Devis which drew the flak of horrified devotees.

In my yesterday’s tweet of the vandalism of the devi sculpture, the guy who had written that he had done the same with devi, has lost his job . He was an intern with Amar Chitra katha. pic.twitter.com/1g3ECpwasZ

When Twitteratis drew the attention of Amar Chitra Katha towards the bigotry displayed by their Muslim intern, Amar Chitra Katha, in turn, released an official statement informing that Amaan had been sacked. It said that Abu Amaan was terminated for breaching the employment contract even before the internship period began.

According to a report of OpIndia:

Abu Amaan, who describes himself as a painter, sculptor, astrophile on his Instagram bio, was quick to use this opportunity to insult Hinduism. Abu Amaan responded to Bharti Kher’s post by writing how “he too had done the exact same thing when he visited that temple”.

The distasteful act came to the light when a Twitter user Sai Priya shared the image of one Bharti Kher indulging in an obscene act.

Soon after, one thing led to another and the anti-Hindu comment by Abu Amaan surfaced. A user, Atul Ahuja, pointed out how the artist, interning with ACK, had derided Hindu culture, by mocking the architecture and sculptures of medieval Hindu temples in India.

When one Instagram User, who has since deleted her Instagram account, posted a picture of herself making obscene gestures at a Devi murti in a Hindu heritage worship site, Abu Amaan jumped at the opportunity to deride Hindu Dharma by boasting about how he had also done the same thing on his visit to the site.

Following his admission, Amaan drew the ire of Hindus who asked Amar Chitra Katha to take strict action against him. Following the outrage, Amar Chitra Katha issued a statement where it confirmed that Abu Amaan’s internship contract had been revoked.

The publication stated that it has a zero-tolerance policy towards breach of contract and that they abide by the highest standards of professionalism and ethics. In keeping with their stated policy, they were revoking the internship contract of Amaan.