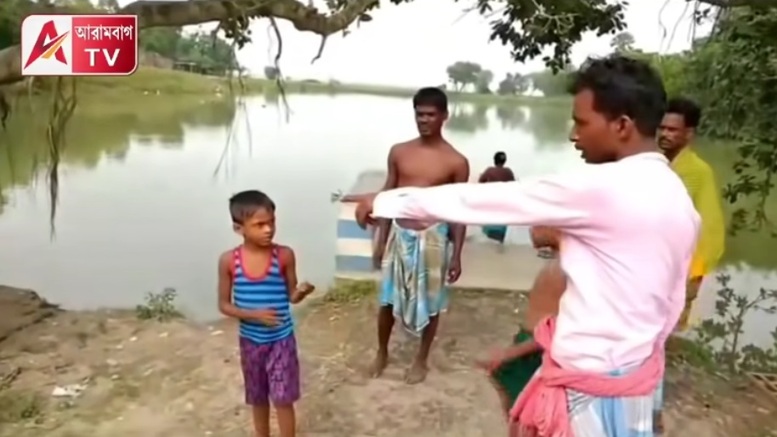 Reports of a Vanvasi woman being raped are surfacing from Manteswar Police Station in West Bengal’s Purba Bardhaman district. The alleged incident took place in the late hours of Sunday, October 3, when the woman was on her way back home from a local market. During this time, some miscreants attacked her; they beat up her husband till he dropped unconscious and dragged the hapless Vanvasi woman to a secluded area.

On Monday morning she was found near a local canal. She was unconscious and wrapped in a shawl, and lying under a tractor trolley, informed locals who had also seen her while passing by. The husband sprinkled some water on her face to bring her back to consciousness. The woman was taken to a local hospital for treatment, but as her condition deteriorated there, she was soon transferred to Burdwan Medical College Hospital.

The villagers are furious over the rape of the Vanvasi woman and have demanded that the perpetrators be found and brought to justice immediately. Sources from the family have shared that the couple had gone to Raigram market on Sunday evening; the husband returned home earlier to take care of some chores.

The woman got late to return and was abducted on the way. Back home, when the husband realized that it had been late and his wife had not returned, he went out looking for her. He heard her screams and went in that direction, but miscreants beat him up and fled again. The husband tried to bring the woman back home at night itself, but she was gaining and losing consciousness repeatedly. In the morning, some villagers approached the couple on seeing them by the canal approached them and informed the police.

Despite the allegation of rape, the poor couple was fearful and didn’t file a police complaint; the police, however, have registered a suo moto case, have detained some people, and are questioning them in this case. “A rape case has been filed on the basis of specific allegations. And the investigation is underway,” informed Additional Superintendent of Police (Rural) Dhruv Das. Though the husband didn’t initiate a police case, on being interrogated, he informed that miscreants had ambushed them on Sunday night and have tortured his wife throughout the night.

Though Chief Minister Mamata Banerjee routinely swears about the safety of women in her state, the real condition of women in West Bengal is far from being safe. Last week we reported on yet another case of gang rape of a minor, a 13-year-old girl who was allegedly drugged and gang-raped for hours in West Bengal’s Malda. The father of the victim has also claimed that the molesters were TMC activists. The local police have also been accused of not taking any action against the perpetrators owing to links with the ruling party.

Again, tortures, rapes, and molestation of women from the Vanvasi community have also reached their peak under the Mamata Banerjee reign. Unfortunately, the local media have always chosen to steer clear of reporting on the plummeting condition of women in their state and kept their focus rooted in the BJP ruled Uttar Pradesh.

The feisty woman Chief Minister, as evidently, is too occupied in securing her chair in the state and has her eyes fixed on the PM’s position, but feminist elites like Mohua Moitra, Aparna Sen and others, who have referred to the Hathras case and the Kathua case often, show no concern for the deteriorating state of women safety in the state either.

Milwaukee roars against the Hindu Genocide in West Bengal: STOP