Milwaukee roars against the Hindu Genocide in West Bengal: STOP “Humanity”, truly, is in danger under the supremacist ‘fascist’ ideology as they ‘otherize’ people who dare to stand on different and diverse views. So much TALK of diversity, inclusion & democracy, I must say, sarcastically. Winning an election in a ‘Democracy’ does not give authority to the winning party a “license to kill & terrorize” the supporters, voters, and workers of the opposition party, especially with a visible vicious communal grudge.

This bitterness is exactly what Bengali Hindus have witnessed as the dreadful events unfolded mercilessly butchering the Hindus while the so-called humanitarian organizations and western liberal media watched silently. Their fault? They dared to choose and ‘support’ a different ideology. Can we finally say, enough of their blatant hypocrisy?

A massive killing spree of post-poll violence was unleased on the Hindus, on the evening of May 2nd, after the anti-Hindu Islamo-Communist party of Mamata Banerjee was declared the winner of the recent election, began a massive terror of Hindu exodus of 100,000 Bengali Hindus fleeing to neighboring states.

Over 1200 incidents were recorded, 6,126+ women molested and 170+ women raped in a short period. All this happened while the “humanitarian” liberal western media failed to bother about the human rights violations and atrocities on Hindus in West Bengal. Fascism continues in West Bengal.

On the busy lakeshore drive, downtown Milwaukee, a few caring souls for massive human rights violations joined to raise their voice on Sunday, May 23rd. Passing by cars honked acknowledging the message. View the peaceful solidarity with Hindus in West Bengal here.

This demonstration started with an ancient Vedic Hindu mantra:

My message to the world: 1946 & 1971 gruesome Bengali Hindu genocide, 1990 Kashmir Hindu genocide & mass-exodus is repeating in West Bengal in 2021. It is time for expressing our deepest concern and discontent about the pin drop silence of the world- as it watches silently the violence on Hindus in West Bengal, Bharat.

“Not a single large international media house covered the latest hellish atrocities in West Bengal. Not a single human rights watchdog bothered to verbalize the violence. Not a single organization or government official has spoken out against the human rights violation in West Bengal. Why is it that Hindus must be killed like animals and worthless creatures in their own ancestral land? Why Indigenous Hindus must flee from their ancestral land to accommodate for the invaders, and foreign religions, especially the ones who consider Non-Muslim-Hindus as heathens, kaffirs, and infidels?”

Yet, Hindus do not become terrorists. How many homeless (refugees in their own country, living in tents) Kashmiri Hindus became terrorists? How many people or countries did they terrorize? You must remember, certain political party and special interest groups (SIGs) had the sinister plot of narratives set to go post-2008 Mumbai Terror attack to solidify their conspiracy of “Saffron Hindu Terror”, if Mohammed Ajmal Amir Kasab, a Pakistani militant terrorist, member of Islamic militant terror organization Lashkar-E-Taiba (LeT) was not caught at the right moment? Books and press conferences of these SIGs and political parties were ready to go!

Muslim Terrorist Kasab’s Mumbai attack killed 166 people. Red color threads tied in his hand to appear as Hindu, a Hindu name “Sameer Dinesh Chaudhari”, and “I-card showed that I am a student of Arunodaya Degree College, Bangalore and my name was Sameer Chaudhari, son of Dinesh Chaudhari…,” Kasab had stated during his confession before a Mumbai magistrate’s court – so easy to appear as Hindu. Kasab was given a Hindu identity to frame Hindus as terrorists, an evil plot of Pakistan (and internal counterpart “Indian” actors) that never succeeded, that time around. However, a continuous conspiracy of Islamists against Hindus and Bharat continues to this day, as they pop up in different shapes, forms, names, and actors (with western players often, sadly).

Today a concerted effort has been unleashed in the international ground (including America) to label Hindus under a violent brand. Hinduphobia, Hindu hate, and discrimination against Hindus (worldwide) continue today. Ironically, Hindus are labeled with the term called ‘Hindutva’ – supposedly describing the extremists. This is an attack on Hindus, globally.

“Anti-Hindu forces built a system to confuse Hindus, to fool westerners, and to separate Hindutva (Hindu Dharma) from Hindus, in an anticipation of labeling Hindus as radicals, uncool, extremists.”

Amitabh Mittal, General Secretary of Vishwa Hindu Parishad (VHP) of America, joined from Chicago. Mr. Mittal exclaimed, “Stop the killing of Hindus, stop the genocide, stop this madness”…misinformed people of the world must be informed. This is not the first time. Afghanistan is swept cleaned off of Hindus in about 40 years, and there are hand-counted Sikhs now. Bengal has been divided three times…” where will Hindus go?”… There is only one homeland for Hindus”.

Shriram Kelkar of Hindu Swayamsewak Sangh (HSS) uttered, “Systematic violence in killings against Hindus, is definitely NOT okay”! The political process should only decide who rules, it is not “permission” to kill the opposition.

Darshan Pandya, a retired IT professional confirmed, these acts of violence “targeted & directed to poor Hindus in rural areas”. It is a “systemic attempt to converting people in the long run”.

An AAPI member, Dr. Chandra Shivpuri is quite saddened and urges the Bengalis living in high houses and posh areas of the large cities MUST open their eyes and stop being selfish and blind to the outbreaks of violence occurring on the downtrodden poor villagers. “3000 villages” have been vandalized, and poor people have “lost their homes”, their “earnings”, “fled in the jungles and in neighboring states”, and “displaced”.

Retired Pharmacist, Gerry Knapp announced, “Hate is hate, terrorism is terrorism anywhere in the world. Everyone every place should be fighting terrorism”.

Garrit Holgerson expressed to “all Milwaukeeans, all Wisconsinites, all Americans, whether you are a conservative or liberal, if you have a conscience, open your eyes”.

Agony, brutal torment, and hellish misery of ground reality can be viewed in the “Parley with Purnima” in conversation with Rakhi Mitra, Secretary BJP, West Bengal – Hindus do NOT have the basic right to life.

Daughter of an ISRO (Indian Space Research Organisation) scientist, an IT professional, Padmaja Veliveti urged the authorities to take action as these frightful activities repeat once again, after the 1990s Kashmir Hindu genocide. “We must not stay quiet”.

A proud Hindu Indian American, Anuradha Kelkar, reminds us about the land of Hindus and deeply compassionate Hindu ethos – वसुधैव कुटुम्बकम् (Vasudeva Kutumbakkam) that considers “the world is a family”. What a shame that the suffering and unexplainable turmoil Hindu daughters, young women, mothers of Bharat face? She urges every person must “do some soul searching” and stop this madness of “bad activities”.

The terror that erupted against Hindus in West Bengal, Keya Ghosh, VP BJP, West Bengal describes in detail in “Parley with Purnima”. Islamo-communist states do NOT have democracy, secularism, or freedom. The hypocrisy of the left must be told.

As an Indian American and, a Hindu, I am extremely concerned about the concerted effort and organised-orchestrated international conspiracy of labeling Hindus as extremists to malign and defame Hindus. This is extremely dangerous as it lays the foundation for another global Hindu genocide. This must stop. The world must not watch silent anymore.

Hindus of West Bengal, your pain and sufferings will not go to waste. Milwaukee demonstration against Hindu Genocide was ended with an famous Vedic Hindu mantra:

Aum Sarve Bhavantu Sukhinah, Sarve Santu Niraamayaah | Sarve Bhadraanni Pashyantu
Maa Kashcid-Duhkha-Bhaag-Bhavet | Aum Shaantih Shaantih Shaantih || Aum. Translation: Aum, may all be happy. May all be free from illness and disease. May All See what is auspicious, right and good. May no one suffer and be subject to misery. Aum Peace, Peace, Peace be unto all.

Just because, Hindus do not say anything to the world, nor cry, nor beg, nor demand, it does not give you the license or right to slaughter them. Hindu Genocide MUST stop. Thousands of years of pain and suffering inflicted on Hindus must be told to the world. And, we will.

(This article was first published ontheauthor’s blog on June 9, 2021 and has been republished here with consent. Minor edits have been done to conform to HinduPost style-guide.) 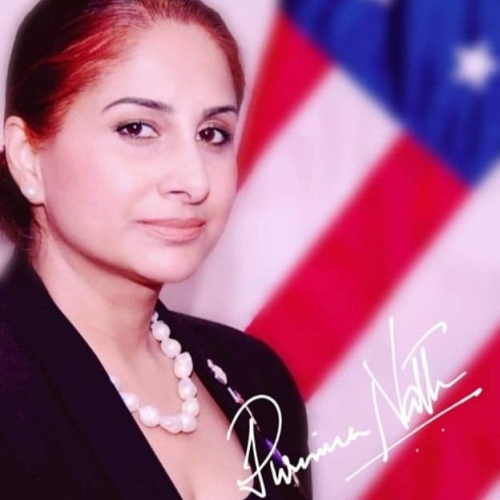