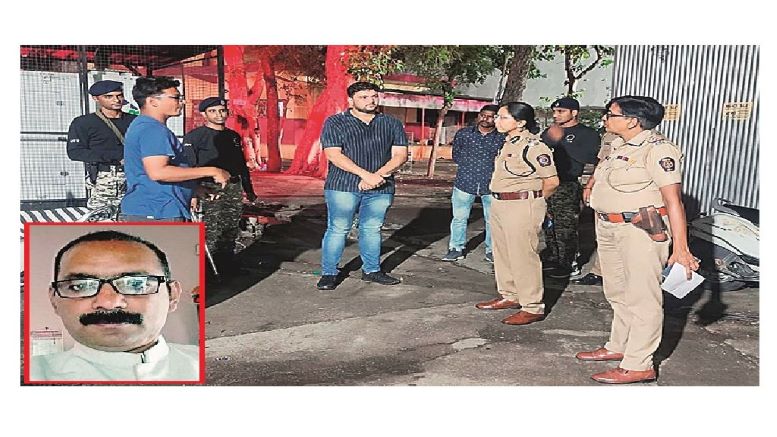 Medical professional Umesh Kolhe was brutally murdered on June 21 in Maharashtra’s Amravati. Initially, four accused in the case identified as Abdul, Shoaib, Mudassir, and Shah Rukh were arrested by the Amravati police. The four of them not only confessed to their crime but also admitted to having recced Umesh Kolhe and kept an eye on his day-to-day activities for the last few days before the murder.

As per reports, three more accused have been arrested taking the total number to seven. Details have now emerged showing Umesh was actually betrayed by his ‘friend’ Yusuf Khan who flagged Kolhe’s pro-Nupur Sharma post. It has come to light that many of the accused worked for an NGO (Non-governmental organization) run by the mastermind Sheikh Irfan.

Veterinary doctor Khan was reportedly friends with Kolhe since 2016 and the latter always helped the former whenever he was in need of it. Kolhe even lent money to Khan often and helped him during Khan’s sister’s wedding and admission of his children. All such thick ‘friendship’ earned for Kolhe was Khan conspiring against him.

Khan was allegedly tasked with keeping an eye on viral messages on social media and identifying targets. Kolhe had shared the post supporting Nupur Sharma in the group named Black Freedom of which Khan was the admin. Dr. Yusuf Khan shared this information in a group named Rahebariya and provoked his friends Sheikh Irrfan and others against Umesh Kolhe.

Following this, Irfan planned to kill Kolhe and asked Maulana Mudassir Ahmed alias Sonu Raza Sheikh Ibrahim to recce. Irfan is said to have included daily wage workers in his plan. Irfan runs a registered NGO called Rahebar that worked for differently-abled according to its Facebook page. The four who executed the murder had previously volunteered with Irfan’s NGO.

“Sheikh Irfan’s neighbors said that he had become ‘extremely religious’ recently and took up social activities about seven years ago. Additionally, he is alleged to have backed the anti-CAA demonstrations. Irfan, a school dropout, lived with his mother, younger brother, wife, two boys, one of whom is differently abled, and a daughter. His residence has been locked for about a week”, reported The Indian Express.

Two of the other accused Muddassir Shaikh and Abdul Taufiq Taslim were also ‘very religious’. The police got their first lead when Abdul was heard boasting that he murdered a man for insulting Muhammad. The police used CCTV footage before the incident to get at the murderers. In one of the footage, three men in black are seen conducting a recce of the area, and in a second one, the three are spotted heading toward the crime scene.

Questions are being raised about the police and their investigation as well. The police are accused of deliberately describing the hate crime as a robbery killing and concealing the fact that Umesh was murdered for coming out in support of Nupur Sharma. The case was handed over to NIA by the Union Home Ministry. The NIA team reached Amravati and lodged an FIR in the case.

“Amravati incident very serious, killing is barbaric. Accused, mastermind nabbed. NIA investigating it, finding if there is some international connection. This was initially portrayed as theft, that too will be investigated”, said Maharashtra Deputy Chief Minister Devendra Fadnavis.