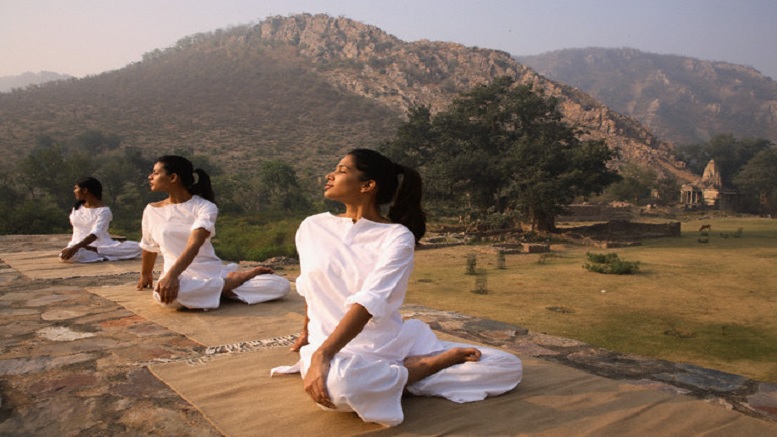 US federal prosecutors have charged three non-Bharatiyas who ran a nationwide yoga business with a multi-million dollar tax fraud.

Announcing the filing of charges against them, prosecutor Damian Williams said they were arrested on Wednesday in Washington state.

Gregory Gumucio, Michael Anderson and Haven Soliman ran the organisation called “Yoga to the People” (YTTP), which grew from modest beginnings in New York City to a multi-million dollar outfit spread across six states, as well as with a presence in Israel and Spain.

They “operated a lucrative nationwide yoga business, which brought in over $20 million and netted them each substantial sums, permitting them to live lavish lifestyles”, Williams said, yet they “chose not to file tax returns, or pay income taxes, for at least seven consecutive years”.

YTTP was shut down in 2020 amid allegations of sexual misconduct and harassment by its operators.

Gumucio has denied the allegations.

The prosecutors did not make any mention of sexual misconduct, but said that Gumucio “targeted and groomed typically young women and others to become nominee ‘owners’ of (yoga) studios”.

Founded in 2006 in New York, YTTP became popular because it adopted an informal style without a formal payment method which also facilitated the alleged tax fraud.

Most yoga centres not affiliated to religious organisations or non-profit groups are run like businesses in the US and charge fees upfront and even collect rent for using mats.

Participants in YTTP’s classes, on the other hand, were asked to put their “donations” in boxes that were taken away to Gumucio’s flat in New York without the nominal operators of the yoga studios making an account of the takes, prosecutors said.

Yoga teachers were paid in cash without accounting for taxes and from the collections, the YTTP leaders “enjoyed extravagant lifestyles, which included frequent foreign travel; expensive meals and clothing”, according to court filings.

While not reporting their income to tax authorities, the three of them reported six-figure incomes to other organisations for loans, housing and banking and in some cases produced fake tax forms, the court papers said.

Around the time that YTTP closed several media reports emerged about sexual harassment, racial discrimination and emotional manipulation there.

SFGate, an online media in San Francisco, for example, reported at the time that “hundreds of testimonials” about the problems with YTTP were posted on an Instagram account set up for complaint about it.