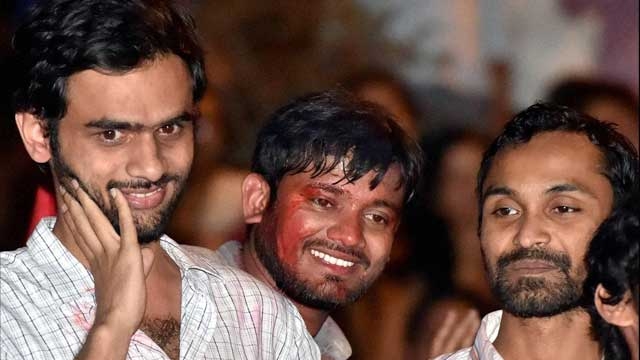 The cognizance has been taken exactly one year after the Delhi government granted sanction to the Delhi Police to prosecute the accused.

On February 9, 2016, “anti-national” slogans were allegedly raised at the Jawaharlal Nehru University campus during a programme called to protest against the execution of Parliament attack convict Afzal Guru on his death anniversary.

The 1,200-page charge sheet states that the Regional Forensic Science Laboratory (RFSL) retrieved the SMS sent by Umar Khalid to Kanhaiya Kumar to arrive at Sabarmati Dhaba, JNU, as their permission (to hold the protest) had been cancelled by the University administration.

The final pages of the charge sheet also confirm the presence of Kashmiri students during the protest and that they were in contact with Umar Khalid.