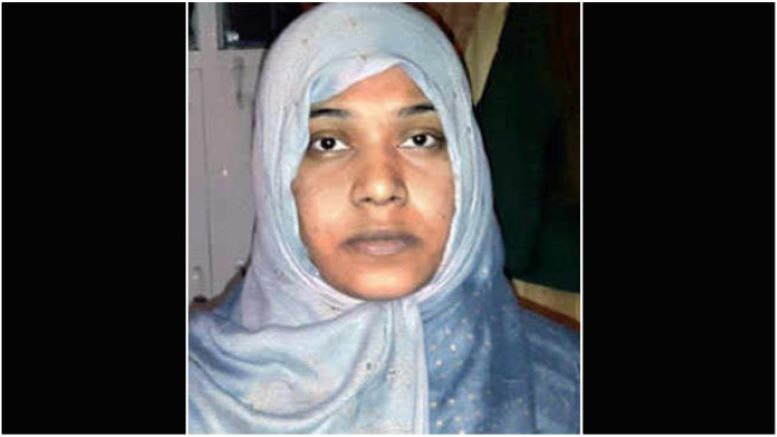 The threat posed by Jihadi ideology became clear when despite two de-radicalization attempts in three years failed to stop Pune’s Yerwada resident Sadiya Anwar Shaikh from going back to embracing the Jihadi ideology time and again. IS recruit Pune resident Nabeel has also been taken into custody along with Shaikh by the NIA.

The National Investigation Agency (NIA) has pointed out in its charge-sheet that the 20-year-old had been de-radicalized by the Bharatiya Intelligence Agencies once in 2015 when she was a minor and again in 2018, yet she aspired to be a suicide bomber and kept going back to the terrorist outfit IS (Islamic State). The charge-sheet was filed in the first week of September after Shaikh was arrested in July in connection with an IS conspiracy case.

The charge-sheet also states that she had been in touch with numerous IS-linked terrorist outfits including the Islamic State Khorasan Province (ISKP), Islamic State in Jammu and Kashmir (ISJK), al Qaeda, Ansar Ghazwat-ul-Hind (AGH) in Pakistan, Afghanistan, and Sri Lanka, among other countries, by means of social media (SM).

As per available information, Shaikh was also in contact with the Philippines based Karen Aisha Hamidon who is one of the key IS “online motivators” and believed to have radicalized several youngsters in Bharat. Hamidon had been questioned in 2018 by NIA officials who had traveled to Manila.

The information available from the NIA charge-sheet indicates that intelligence agencies began tracking Shaikh in 2015 when she was 15 due to the radical content found on her FB (Facebook) page which indicated that she had been inspired among several others by wanted Islamic preacher Zakir Naik who is hiding in Malaysia.

Despite Pune Anti-Terrorist Squad releasing her after the de-radicalization program, she is said to have returned to the Jihadi ideology and had created numerous fake accounts on FB and several other SM platforms says the charge-sheet. She is also believed to have traveled to Kashmir in 2018 to marry terrorist Zakir Musa when she came under the radar of the J&K (Jammu and Kashmir) police and was handed over to her mother after the second de-radicalization attempt.

Some of the serious charges made by the NIA in its charge-sheet includes the inclination shown by her in becoming a suicide bomber for the IS and she is even said to have asked her accomplice Jahanzaib Sami, also named in the charge-sheet along with Shaikh, as to places in Pune where she could procure a suicide vest. Furthermore, she had even learned to prepare IED (improvised explosive devices) using picric acid.

Her dangerous anti-national mindset came to the fore as it has come to light that she had even explored the possibility of using the Chinese Covid Virus to wreak havoc in Bharat. She along with her accomplices such as Jahanzaib, Hina, and Abdullah Basith were plotting to take advantage of the anti-CAA protests to provoke Muslims to act against the Bharatiya government by putting up seditious slogans and graffiti in public places. All of them together published a magazine for the IS known as Voice of India.

The real threat here is the so-called educated falling into the IS trap which indicates a deeper malaise besides pointing out how strong a foothold IS has gained in Bharat. Shaikh is a journalism student thereby indicating that education or the lack of it has nothing to do with being enamored with and pursuing the jihadi ideology.

Readers may recall that two radicalized Islamists arrested from Bengaluru by the NIA were both educated and well-to-do contrary to popular opinion that it is the poor and illiterate who are attracted to the jihadi ideology. Abdul Cader is working as a Business Analyst in Chennai and Irfan Nasir is a Bengaluru based rice merchant. They have been arrested for brainwashing and radicalizing Muslim youth in Bengaluru to send them as ISIS/ISIL terrorists to Syria.

As we have stated earlier, it is not poverty or lack of education but the increased radicalization and indoctrination that is the main reason behind Islamic terrorism. Even dreaded terrorist Osama Bin Laden was supposedly an engineer. The real problem is the iron-grip that Maulvis, Imams, and Maulanas have over the Islamic community as a whole.

When the so-called moderate Muslims, either out of fear of ostracization or peer pressure, allow these radical preachers to call the shots then it is obvious that more and more youngsters would take to the jihadi ideology. The problem also lies with the defensive Islamic mindset where the first response of a “moderate Muslim” in case of a terrorist attack is to say “this isn’t true Islam”, “the terrorist isn’t a true Muslim”, “don’t target entire community for the act of one terrorist” and so on and so forth instead of calling a spade a spade and owning up responsibility.

When the community defends a terrorist act with several ifs and buts, it simply comes across as an apologist and not as one that is introspecting the root cause of the problem. The anti-national mindset that the NIA attributed to Shaikh is ingrained in jihadis where their loyalty lies with the international Muslim community rather than Bharat as was evident from the recent protests across Bharat against French President Macron.

The arrest of Shaikh along with several recent arrests of young, educated, and prosperous Islamists shows us that de-radicalization is failing to make an impact and that jihadi indoctrination is deep-rooted among a large section of the Muslim community as NIA and special cell suspect several other recruits are still roaming free in the country as reported by India Today.

The real problem here is Islamic preachers such as Zakir Naik holding sway over the community and until and unless the so-called moderates extricate the community from the grip of the Imams, Maulvis, and Maulanas, de-radicalization attempts by agencies may not be successful as indicated by the Shaikh case.

Udaipur horror: Killers had plans to murder another businessman