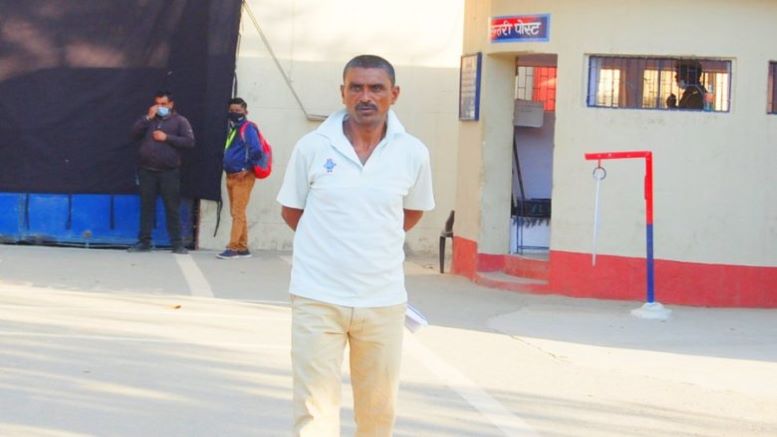 After having been in jail for no fault of his, Vishnu Tiwari, who had been booked under SC ST Atrocity Act along with false rape charges leveled against him, was released by the order of the high court which made some scathing observations in the case and declared all charges to be fake.

The High court at Prayagraj ordered the immediate release of Vishnu Tiwari who had been serving life imprisonment in jail under the Atrocity Act despite being innocent. It is, however, a bigger travesty of justice that Tiwari had been serving sentence even though charges against him hadn’t been proved. The high court termed this as grave injustice while making observations against the order of the lower court.

The sessions court handed life term to an innocent Tiwari

Vishnu Tiwari was all of 16 years when he was accused of having raped a scheduled caste woman on her way to the fields at 2 in the afternoon on 16 September 2000. During the course of court proceedings, the lower court held Tiwari guilty and charged him with rape for which he was given a 10-year jail term under IPC Section 376 by Lalitpur District Court in addition to life imprisonment under SC ST Atrocity Act.

Following the sentence, Tiwari has been behind bars since 2000 and his appeal for justice simply fell on deaf ears. At a time when the courts of no less than the apex courts are opened at unearthly hours for terrorists, an innocent Tiwari’s case went unlisted for 16 years. It was only after the interference of the lawyer of Vidhik Seva Samiti who pointed out that Tiwari had spent 20 years in jail that the case was listed for hearing.

During the hearing, it came to light that Tiwari had spent 20 years in jail but the rape charges had never been proved. The lower court had sentenced him to life imprisonment without even the charges been proved. The high court also noted that the medical report had not confirmed rape which the lower court had overlooked. Further, as per the admission of the woman herself, her husband and father-in-law had filed a case three days after the alleged incident pointing at something amiss and a possible attempt at exacting revenge.

Allahabad high court was critical of the sentence passed by the lower court and expressing its astonishment it held that the sessions court had passed the judgment without taking evidence into consideration. It further expressed sadness and disappointment that an innocent man has spent 20 years in jail even though there were no serious charges against him. It termed the sentence unfortunate.

The high court also noted that the state government did not consider releasing Tiwari after 14 years of jail term and neither was his appeal for hearing listed for 16 years. Further, it held that all allegations of rape and atrocities were false and framed for a purpose and Tiwari was ordered to be released immediately acquitting him of all the fake charges.

The ordeal of Vishnu Tiwari and his family

Vishnu Tiwari had to spend 2 decades in jail for a false case due to the Atrocity Act as he would’ve been released after 10 years otherwise. Speaking to FalanaDikhana the family detailed their ordeal and the suffering caused due to the false allegations which took 20 years to wipe out due to the slow judicial system.

The family was ostracised following the District Court sentence. Vishnu’s brother Mahadev Tiwari said that the Scheduled Caste family demanded fifty thousand rupees for withdrawing the case. Tiwari further said that since they were poor, they couldn’t afford to pay such a huge sum. An argument between Tiwari and the woman resulted in the Dalit family being incited to file a case under the Atrocity Act so that they could extract money from the Tiwari family.

Mahadev Tiwari said that his brother Vishnu was not even granted bail once and all their appeals for listing in high court went unheard. After the sentence, Vishnu’s family had to face ostracisation, and his brothers and relatives couldn’t get married as matrimonial alliances were turned down due to the case.

Not only this but their financial position also deteriorated as they had to sell their land to ensure the Vishnu Tiwari gets justice. Mahadev stated that the family has sold 6 acres of land to meet legal expenses. Vishnu’s elder brother Satyanarayan Tiwari has been forced to sell fruits and vegetables to make ends meet after having lost all his land.

Many villagers who knew Vishnu personally have testified that he was a quiet and immaculate person who was forced to live in hell. They opined that he was trapped in a false case.

This case is a classic example of how the Atrocity Act is being misused to exact revenge or harass Hindus. More often than not innocents are framed following personal rivalries and in the greed for money as has been proved in the Vishnu Tiwari case. Further, the Act is being used by Break-Bharat forces that are tutoring SC/STs to misuse the law for financial compensation and to harass other Hindus.

Government data indicates that in 2016 alone 8900 cases filed under the Atrocity Act were found to be false. The Atrocity Act can be slapped at the drop of a hat to exact revenge as it happened with a retired army man in Agra. The SC/ST Act was slapped following a scuffle between children of both families.

Add the slow nature of the Bharatiya judicial system to the draconian Atrocity Act and the reason for urgent judicial reforms would become crystal clear. The general rule of law is innocent until proven guilty but if courts make errors like in the case of Tiwari there are no provisions to compensate. Furthermore, shouldn’t those filing false cases be made to pay?

UP: Asif befriends minor girl on Instagram, arrested while taking her to Mumbai