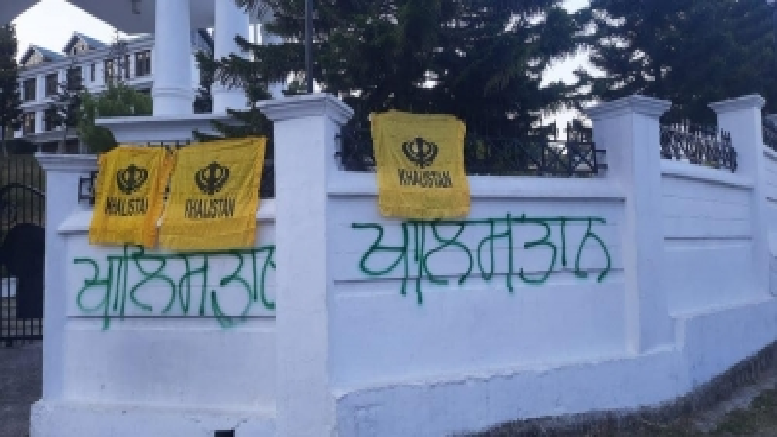 Himachal Pradesh Police have tightened security and sealed all interstate borders following the hoisting of banners and graffiti of Khalistan on the outer boundary of the Vidhan Sabha in Dharamsala.

The state police have registered a first information report (FIR) against Gurpatwant Singh Pannun, General Counsel to the banned Sikhs for Justice (SFJ).

Section 13 of Unlawful Activities Prevention Act (UAPA) has been added to the FIR.

The Director General of Police has issued directions to the field formations to remain on high alert from Sunday, while the ADGP (CID), the IG and the DIG ranges and the district SPs have been directed to seal all interstate borders or barriers and keep strict vigil at the places of probable hideouts i.e. hotels and sarais, etc.

They have been directed to keep the Special Security Units, Bomb Disposal Squads and Quick Reactions Teams (QRTs) in position and on high alert and strengthen the security of dams, railway stations, bus stands, towns, government buildings and vital installations.

Chief Minister Jairam Thakur has described the incident a cowardly act. “The incident will be investigated quickly and strict action will be taken against the culprits. I would like to tell those people that if you have the courage, then come out in the light of day, not in the dark of night.”