Bharat emerging as a drug-trafficking hub? 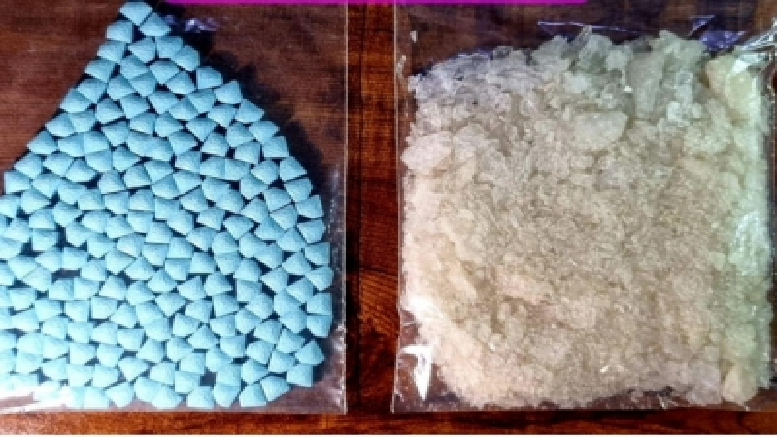 From a minor amount in the drug bust on a cruise ship off Mumbai to a haul of 3,000 kg heroin at a Gujarat port, cases of contraband consumption and seizures are on the rise in Bharat, as government data bears out. This has got the authorities worried that the rise of Taliban in Afghanistan may have had a role in the emergence of Bharat as the newest hub not just for consumption but also for trafficking of a variety of drugs.

The cruise ship case hogged limelight because of the involvement of Aryan Khan, son of superstar Shah Rukh Khan. The raid, in that case, was conducted by the Narcotics Control Bureau (NCB). But it was the massive quantity of heroin seized at the Adani-run Mundra Port – the largest consignment caught by the Directorate of Revenue Intelligence (DRI) so far – that actually brought the issue to the anvil, prompting the authorities to re-think their strategies.

Another increasingly looming threat is the Taliban takeover in Afghanistan few months ago. Afghanistan remains world’s largest producer of heroin, accounts for 90 per cent. Officials from the DRI – the agency that caught over 3,000 kgs of heroin at the Mundra port – also suspect that it was routed from Afghanistan.

“This was the second time in recent years that India has unearthed Afghanistan’s links with drug cartels in India,” an official said.

Former Fellow at the Manohar Parrikar Institute of Defense Studies and Analysis and Professor of International Studies at the Delhi University, Sanjeev Srivastava, said that cultivation of opium and preparation of heroin cannot be stopped in Afghanistan as the international community has stopped funding that country since the Taliban takeover.

“So, it is assumed that they will continue with drug trade to fulfill the financial needs of the country. Thought the Taliban has claimed that it will stop production of narco-drugs, it cannot be taken at face value.”

The Delhi Police had in July 2019 seized 130 kgs of heroin at the same port, again reportedly from Afghanistan. “This drug was meant to be supplied for consumption at high-profile night parties across big cities in India,” the official added.

The NDPS Act has been in force since 1985 and has provisions of rigorous imprisonments between 10 to 20 years depending upon the quantity of drugs seized from a person. Ideally, the NDPS Act should be acting as a deterrent enough to the drug suppliers and peddlers as well as those who consume, in whichever quantity.

“Generally, instead of arresting the end user, the main racketeers and drug lords should be arrested and dished out strictest of the punishments. But it is rarely done so,” said an official working with one of the drug enforcement agencies.

The reasons are many; shortage of manpower and lack of coordination among agencies being just two of them.

As compared to other investigating agencies, there are just about 1,000 personnel in the NCB for whole of Bharat from its DG to a peon in a branch. The NCB has sent proposal to the government for its speedy expansion way back in 2012 but nothing has been done about it. The agency keeps pushing for more strength but with no response.

A former NCB chief defended his agency saying that the NDPS Act is perfectly alright and has adequate provisions to deal with any problem. “The cases are registered when the drug is caught. If the number of the cases has increased, it means that more seizures have been taking place,” former NCB Director General O.P.S. Malik said.

But no one denies the Afghanistan threat. Srivastava said: “Our security apparatus needs to be on highest alert as this narco-threat from Afghanistan can pose a threat to our national security. The security vigil at the borders, especially on the western border must be tightened.”

Also, drug enforcement is a multi-agency function in Bharat and the NCB was created basically as a central authority to coordinate among the various enforcement agencies.

“But there is no provision that it can demand accountability from other agencies,” Malik said.

“We need one central agency to which all other agencies, such as the Department of Revenue Intelligence, the Customs and Central Excise, agencies of the state governments and even border guarding forces, are answerable.”

There is a sliver of hope in view of a proposed amendment to the provisions of the NDPS Act. The Narcotic Drugs and Psychotropic Substances (Amendment), 2021 seeks to amend section 27A of existing law to rectify an anomaly, and will introduce punishment for financing illicit traffic and harbouring offenders.