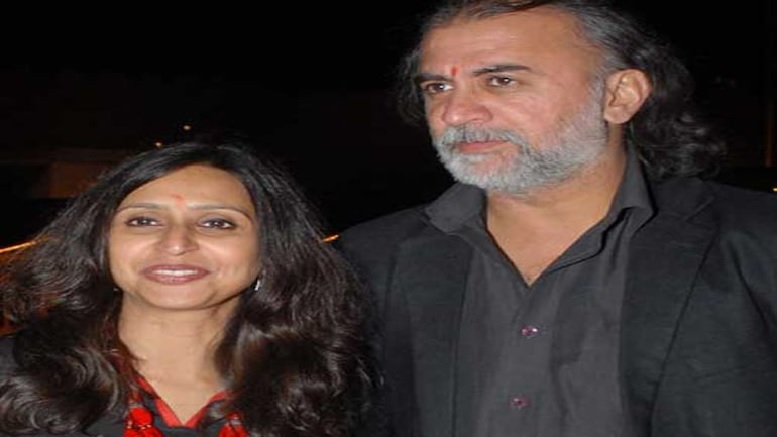 Former editor-in-chief of controversial news outlet Tehelka Tarun Tejpal was on Friday acquitted of rape charges, filed by a junior colleague who had alleged that the senior journalist had twice sexually assaulted her in a five-star resort in Goa in 2013.

Tejpal has been booked under sections under sections 376 (rape), 341 (wrongful restraint), 342 (wrongful confinement) 354A (sexual harassment) and 354B (criminal assault), of the Indian Penal Code. “He has been acquitted from all charges. Order not given yet. It will be uploaded later,” Tejpal’s defence counsel said.

According to the complaint filed against Tejpal by the junior colleague, the rape allegedly occurred on November 7, during the ThinkFest conference organised by the Tehelka media group in 2013. Tejpal subsequently stepped down as editor of Tehelka on November 20, three days before the Goa Police filed a First Information Report against him accusing him of rape.

Tejpal was arrested on November 30, after a local court rejected his anticipatory bail application. After his arrest, Tejpal spent less than 6 months in police and judicial custody. He was later released on bail by the Supreme Court, months after a 2,846 page chargesheet by the Crime Branch of the Goa Police. Charges against Tejpal were later framed by the trial court in Goa in 2017, paving way for the trial.

The acquittal is shocking, coming as it does after Tejpal admitted twice attempting “a sexual liaison” despite the female reporter’s “clear reluctance” in an email he had sent to her after the reporter complained in writing to Tehelka’s Managing Editor Shoma Chaudhury that she had been sexually assaulted by Tejpal in Goa.

This is what Tejpal wrote to the young woman, a close friend of his daughter and someone who considered him a ‘paternal figure’ –

I apologise unconditionally for the shameful lapse of judgement that led me to attempt a sexual liaison with you on two occasions on 7 November and 8 November 2013, despite your clear reluctance that you did not want such attention from me…If an apology can heal, please consider this an unconditional.

Replying to Tejpal’s email that he termed an ‘informal apology’, the woman wrote, “The moment you laid a hand on me, I begged you to stop,” she writes. “You refused to listen. In fact, you went ahead and decided to molest me again on the following night.”

The extremely disturbing emails exchanged in this whole matter, including the woman’s complaint sent to Shoma Chaudhary about how she was twice sexually assaulted by Tejpal can be read here.

At one point, when the woman was resisting him, Tejpal told her “Well, this is the easiest way for you to keep your job”. Tejpal even sent her a text message from his personal phone number at 1.17 am on the night of the first assault, which said “The fingertips”. This was the extent he had managed to penetrate the victim before she pushed him and ran out of the lift.

After the Nirbhaya rape, an amendment was passed to IPC Section 375 which makes insertion of any body part or object into a woman’s private parts as amounting to rape.

Later, dissatisfied with Shoma Chaudhary and Tehelka’s handling of her complaint, the young woman resigned from Tehelka stating –

I am deeply traumatized by the lack of support offered by the organization….

At a time when I find myself victim to such a crime, I am shattered to find the Editor in Chief of Tehelka, and you- in your capacity as Managing Editor- resorting to precisely these tactics of intimidation, character assassination and slander.

Given the sequence of events since the 7th of November, it is not just Mr Tejpal who has failed me as an employer-but Tehelka that has failed women, employees, journalists and feminists collectively.

However, making a deft U-turn to what he said in his apology email, hours after an FIR was lodged against him, Tejpal was claiming that he was being ‘framed’ and that ‘political forces’ were driving it.

Tejpal is an influential insider in the Lutyens’ Delhi circuit, and first shot to fame for a sting operation that showed alleged corruption in defence deals carried out during the Vajpayee government’s time. He founded the investigative news magazine Tehelka, which nurtured ‘talent’ like rabid Hindu-hater and Modi-basher Rana Ayyub.

The FIR against Tejpal was lodged on 23 Nov 2013 and he was sent to judicial custody on 30 Nov. He was granted interim bail for 3 weeks on 19 May, 2014 which was extended till 1 July, after his mother’s death. On 2 July 2014, a Supreme Court (SC) bench of  justices H.L. Dattu and S.A. Bobde gave him bail while directing the Goa court to ‘conclude his trial expeditiously in the coming eight months’.

At the time, Professor Vibhuti Patel, who teaches on women’s rights at SNDT Women’s University in Mumbai, said, “I don’t think he (Tejpal) deserves this kindness. In case of rape, other accused get heavy punishment. The kind of record he has, the enormous power he enjoys in the Delhi elite circle and the media, he can influence the witnesses.” she said.

In Jan 2015, a SC bench led by then CJI Dattu ‘expressed anger at the slow pace of trial’ in the case,  as over one year after Tejpal’s arrest, even arguments on framing of charges had not begun.

This is how the case ‘progressed‘ from that point on:

September 26, 2017: Tejpal contests framing of charges in the High Court of Bombay at Goa. HC refuses to grant stay.

August 19, 2019: SC rejects Tejpal’s plea to quash the FIR filed against him claiming he was framed. Directs the trial court to complete trial in six months.

March 2020 to September 2020: Trial stalled on account of the outbreak of Covid-19 pandemic

May 19, 2021: Judgment deferred to May 21 due to power outage on account of Cyclone Tauktae.

Now, Additional Sessions Judge Kshama Joshi has acquitted the man despite his own email apologizing for his actions – Tejpal now claims he wrote the two apology emails to the victim because of Shoma Chaudhary’s “adamantine feminist principles”. One really has to wonder if our judges sometimes get blown away with ostentatious English used by high-powered defence lawyers, and mistake verbosity for logical arguments? Seeing the severe mental colonization at all levels of our Institutions and among elites, this is well within the realm of possibility.

The acquittal could be challenged, if the victim decides she has the resources and mental energy to continue the fight against an influential and resourceful man. If she does challenge, we could be in for another multi-year wait for the wheels of justice to creak on.

This is the situation of justice delivery in our country in a highly publicized case, involving a well-educated young woman who decided to fight things out and even managed to extract an apology from her assaulter! Weren’t we told after Nirbhaya that sexual assault cases would be ‘fast-tracked’ and swift penalties handed out as deterrence?

In such a situation, what hope of justice can we have for the countless victims of rape and grooming, where most girls come from underprivileged backgrounds?