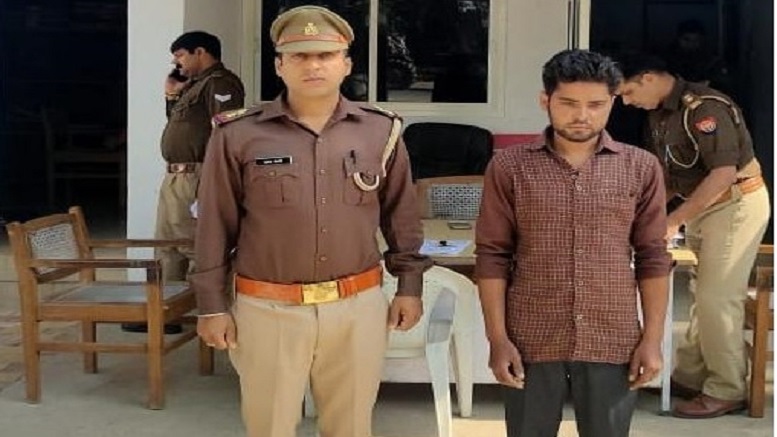 Yet another sickening video of a spitting cook emerged on social media, this time from Ghaziabad. Police immediately arrested the accused Mohammed Mohsin.

Interestingly, Twitter being the new ‘International moral police’, quickly deleted the videos from its platform and suspended accounts sharing the offensive videos! A perfect example of ‘Killing the Reporter’, giving even more credence to serious allegations of bias and interference by the tech platform only when it involves particular communities.

Why else would they suspend an account that prompted police action and a tweet to which the Ghaziabad police themselves replied? What are these online platforms trying to achieve? Cover up misdeeds by one section of society, while blatantly supporting or knowingly ignoring other posts.

The cook was seen brazenly engaging in the act of spitting on Rotis, before stuffing them inside the oven. The sickening video should prevent any decent family from attending public functions if and when cooks and bearers are from a particular community. The psychotic attitude of a few sick individuals gives an entire society a bad name. Is this how Halal works?

Another spitting video was reported from the Seelampur area in East Delhi. The chef is seen busy making his presence felt on Rotis with his saliva which was then being sold at a local eatery. The videos went viral and prompted the arrests of Mohammed Ibrahim and Anwar by the Delhi Police. Customers at the hotel saw them engage in this disgusting act and recorded the same.

Last month a similar incident surfaced from Meerut and the offender was Naushad alias Sohail. The modus operandi using Rotis and ovens remained the same. The Ghaziabad one was an engagement while the Meerut one was a marriage function.

Multiple such incidents have come to the fore ever since the Coronavirus pandemic started. A video had gone viral showing a Muslim man slicing loaves of bread in a bakery and spitting on them – Maharashtra police arrested Abdul Nazim Sheikh Mahmood along with a minor for that act. In April 2020, fruit vendor Chand Mohammed was caught on CCTV while spitting on fruits before selling them in Bharatpur, Rajasthan. In another case, an FIR was lodged against 3 Muslim fruit vendors in Meerut, UP for spitting on fruits before selling them.

Sayyad Jameel Sayyad Babu was arrested in Malegaon for uploading a video in which he is seen licking currency notes and wiping his nose with it while claiming the novel coronavirus was “Allah’s punishment”.

There is bitterness and deep mistrust breeding within communities and citizens have started to take matters into their own hands by opting for only safe and known vendors for daily needs. Could anyone blame them? Hindus are well within their rights to boycott Muslim eateries and vendors after such repeated instances, notwithstanding arm-twisting by the secular state.

Such disturbing acts need to be checked first and foremost by social intervention – rational Muslims need to come forward and tackle the medieval clerics who have a vice-like grip on their society and are encouraging their followers to either spread the virus (hoping for 50 crore deaths) or labelling it as some kind of ‘conspiracy’. Hotels and catering owners also need to act fast and recruit chefs of some repute, train them on basic hygience, and install security cameras to keep a tab on things.