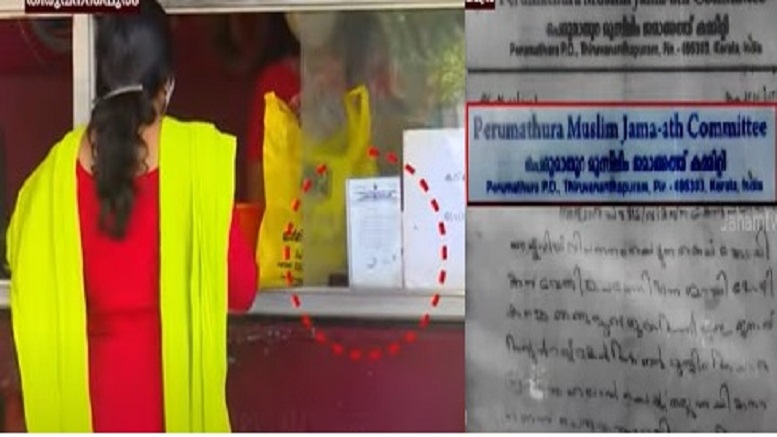 A government-owned entity that sells poultry products to the people of Kerala now has a board that says that they sell only Halal chicken! When questioned, the management feigns ignorance!

This is how the entity describes itself online.

Kerala Poultry Development Corporation Ltd was registered in 1989 as a fully owned Govt. of Kerala undertaking, primarily to provide increased momentum and thrust to propel the poultry industry of the state.

Known as KEPCO, this dubious organization is one of many that survive on public funds all over Kerala.

The retail outlet of KEPCO situated at Pettah in the heart of Thiruvananthapuram city is where the board was displayed. An Islamist outfit called the Perumathura Muslim Jamaat Committee is the one behind this clear attempt at social polarization. Such Halal boards are now visible all over Kerala and probably all over Bharat too but what makes this one different is that it is inside a government institution.

People from all walks of life and religions buy chicken meat from here, including Hindus and Christians. Why is the government trying to implement the religious beliefs and customs of one particular religion on all religions?

How much the government pays for such Halal certification authorities is unknown. Why is the government passing on such unnecessary expense to the common man who does not care if it’s Halal or not?

When questioned, The KEPCO Managing Director Vinod John appeared uncomfortable talking about the subject. Janam TV reporters who checked with John as to what such notices are doing inside government property found that he was not ready to talk about the same on camera. When John noticed that the journalist was recording the video on his mobile phone, he scornfully denied knowledge of any such notices.

This is blatant Muslim appeasement at its best but it is also wounding the sentiments of other religions. This is just a taste of what the Pinarayi Vijayan-led communist government has been doing in ‘Secular’ Kerala.

That Muslims do not buy non-Halal chicken or for that matter, any such meat is pretty obvious in Kerala. That such incidents are now even being reported is a sign that the public has now slowly but surely started to understand the supremacist and discriminatory intent that lurks behind Halal and its impact on other communities.

The consequences of political Islam and Halal in Kerala