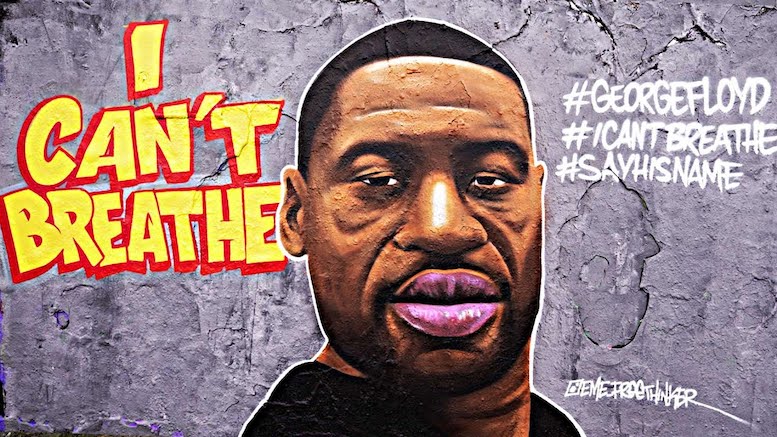 Commenting on the killing on police killing of George Floyd, Ajay Shah, Convener of HinduPACT USA and Executive Vice President of VHPA said:

We condemn the brutal killing of George Floyd. We stand for racial justice, equality, and civil rights. “Life, Liberty and the pursuit of Happiness,” embodied in our Declaration of Independence should be our guiding spirit. Hindu ethos, as expressed by a Hindu poet eloquently says, “A true Vaishnava (Hindu) is the one who feels the pain of others.”

Currently, as people of faith we feel the pain of injustice and the killing of George Floyd. We call for a national dialog on race relations. We fully endorse the right to peacefully protest injustice. As Rev. Martin Luther King said, “we will not be satisfied until justice rolls down like waters and righteousness like a mighty stream.”

However, we are unambiguously against riots and looting, and the attacks on those entrusted to protect us.

Utsav Chakrabarti, Executive Director of HinduPACT USA and Director of Advocacy and Awareness for VHPA said:

The murder of George Floyd is a reminder that we must reinvigorate our pursuit for equity in our society. But those groups that are using this tragedy and the cover of the protests for looting businesses and resorting to violence, are doing a great injustice to the cause of civil rights. It is shocking to see Pakistani-American anarchist Urooj Rahman along with Colinford Mattis, pass along fire bombs to some protestors in an attempt to kill law enforcement officers and peaceful protestors in New York City.

There is nothing more sinister than trying to use injustice towards Black lives, as a tool to further one’s geopolitical agenda. Today, the statue of Mahatma Gandhi in front of the Embassy of India was vandalized by some of these elements, masquerading as protesters. I urge Hindu Americans who form a big section of the ‘South Asian community’ to be cognizant of such mala fide efforts, and promote peace and healing in the communities they live in.

HinduLounge, HinduPACT USA’s weekly Facebook Live program on Hindu American issues, extensively covered the killing and the aftermath. The local VHPA chapters are working with the interfaith and community groups to work towards justice and equality. The Cincinnati, OH chapter of VHPA has signed the letter seeking justice by EquaSion and the Interfaith Community on the killing of George Floyd.

World Hindu Council of America (VHPA) is the most prominent organization of Hindus in the USA. Founded in 1970, it has chapters across the country. VHPA runs educational programs for Hindu children and youth in addition to community service (Seva) activities, and initiatives such as Hindu Mandir Executives’ Conference (HMEC) and American Hindus Against Defamation (AHAD).