USCIRF sermonises on religious freedom in Bharat while promoting Hinduphobia 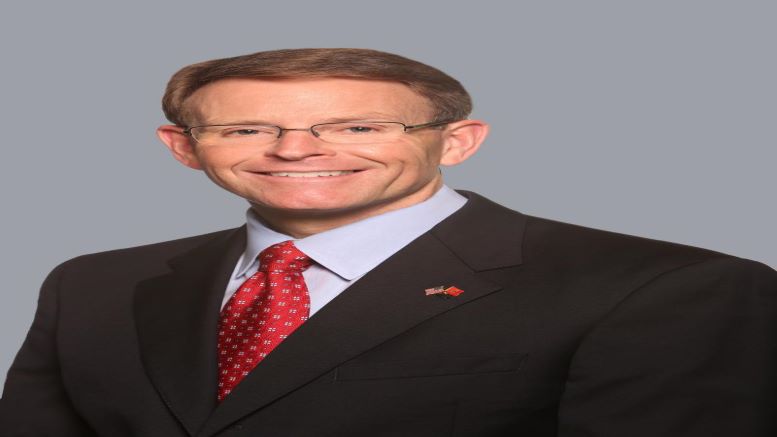 USCIRF (United States Commission of International Religious Freedom), a US federal government entity has designated Bharat as a country of ‘particular concern’ in its latest report. Bharat’s External Affairs ministry spokesperson Anurag Srivastava while rejecting the commission’s report has stated that “misrepresentations have reached new levels” and that Bharat regards USCIRF as an “organisation of particular concern”.

USCIRF Chairman Tony Perkins has historically displayed his intolerance and hatred towards minorities, especially Hindus and Buddhists. He was against a Hindu Rajan Zed offering prayers in the US Senate back in 2007. According to him practices such as yoga and meditation, rooted in Hindu Dharma and Buddhism, are ‘goofy’. He is a Christian fundamentalist who believes Christian faith is the only way of interacting with God.

Perkins has no right to take a moral high stand when he himself is a fundamentalist Christian and USCIRF, which was to serve as “an independent, bipartisan” quasi-government body that was to be “dedicated to defending the universal right to freedom of religion or belief abroad”, completely failed in its duty.

USCIRF is a body that constantly perpetrates and concocts lies against Bharat. This attack has increased in recent times because Bharat has blocked some dubious NGOs with links to US evangelists in Bharat. Why would an international body meant to ‘give recommendations on religious freedom’ want to defend radical Christian evangelists who keep targeting poor Hindus, including tribals, for conversions? It is even more worrying that the USCIRF for the first time in its history has overtly displayed its Hinduphobia by stating that Hindu scriptures sanction ‘caste-based discrimination’.

Suhag Shukla, Executive Director of The Hindu American Foundation, has pointed out in her article that USCIRF simply outsourced the authorship of a report on Bharat to British-Pakistani activist Iqtidar Cheema who is a known Khalistani supporter and loyal peddler of Pakistan’s foreign policy goals which are obviously anti-Bharat. Such biased reports bring out the lack of transparency in USCIRF which brings down the credibility of the body. On the one hand it supports evangelists and on the other it promotes anti-Bharat activists like Cheema. All its internal communications, meetings and proceedings are private which make it both unaccountable and non-transparent.

Bharat’s EAM (External Affairs Ministry) has refused to give any importance to this report. The lack of credibility of USCIRF stems from the way its reports are prepared as noted in an article in Foreign Affairs:-

“An inherent problem with the current system concerns the accuracy of the evidence on which USCIRF bases its conclusions. Because the commission’s mandate is to cover the entire globe, it rarely conducts original research, relying instead on reports from local and international NGOs. It then recycles these reports, without independently verifying their accuracy, and puts the U.S. government’s stamp of approval on them. Worse, the USCIRF provides no specific information on the sources of their data beyond naming NGOs and opposition media. In other words, the reader has no basis for verifying the commission’s data. A further problem with this approach is that many NGOs are highly partisan groups that make no pretense of hiding their agenda, whether it is to actively support a government or to bring it down.”

USCIRF instead of giving sermons to Bharat should take a good hard look at itself and take steps to improve its own credibility.