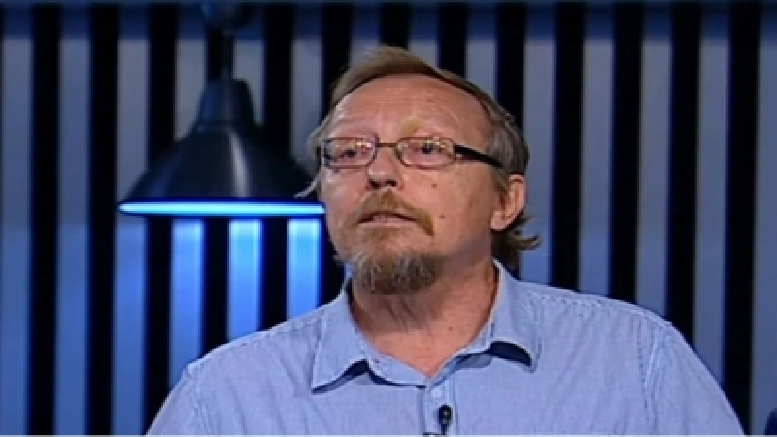 While war clouds are apparently hovering over a segment of the Russia-Ukraine border, threatening a broader conflict, Dr. Valentin Yakushik, a Professor at the National University of Life and Environmental Sciences of Ukraine, Kiev tells geopolitical analyst Aditi Bhaduri that “there will be no war now between Russia and Ukraine”. In a freewheeling interview, exclusively with India Narrative, Dr. Yakushik also discusses the role of the United States in the crisis and prospects of peace.

Excerpts of the interview:

Q: Walk us through what the current situation is like on the Russian-Ukrainian border.

A: The situation at the Russian-Ukrainian border now is “as usual” — quite peaceful. One can see a lot of people moving from one country to another. Trade is “as usual”; people, cars, buses, trucks and freight wagons go back and forth, though under some restrictive measures (on both sides) connected with the declared “COVID-19 pandemic”, and taking into account that the Ukrainian side has stopped (for political reasons) the air and passenger rail-way communications between the two countries. The only “problematic” areas are those at the “line of contact” between the Ukrainian central government-controlled regions and the separatists-controlled parts of Donetskand Lugansk regions (supported by the Russian Federation). Certainly, there are some sporadic small-scale skirmishes and other similar small-scale (in terms of a strategic importance) local conflicts, but not too serious though.

The Russian Federation is conducting a series of military manoeuvres on its territory not far from the border with Ukraine. The Ukrainian army is also conducting manoeuvres and amassing its forces near the “line of conflict” in the east of Ukraine and creating new fortifications on the border with Russia and Belorussia. The West is intensively supplying arms to Ukraine and providing other types of military support.

A: There are several dimensions of the current conflict around Ukraine: geopolitical, civilizational, inter-state, and internal politics (related to divisions within the elites in Ukraine, Russia, USA, EU, UK).

The crux of the current geopolitical conflict between Russia and the West (to a large extent related to Ukraine) is that the leadership of the Russian Federation, after more than 30 years of depressing (for its people) geo-political and geo-economic retreats, feels again the strength and preparedness of Russia to oppose the West and actively reassert Russia’s national interests.

Civilizationally, Russia is again ready to declare the defence of its multicultural civilizational space (East Slavic, Slavic-Turkic) and to reassert itself vis-a-vis the still dominant Anglo-American civilizational global space.

There is a serious conflict between the two independent states (national authorities): the post-revolutionary Ukraine pursuing the policies of becoming a part of the Trans-Atlantic West, and the culturally conservative, though still neoliberal (in economic terms) and oligarchic Russia.

A special set of conflicts around Ukraine are those stemming from the internal strife within the elites of each of the major countries involved in that geo-political conflict — the fight between conditional “hawks” and “doves” in the USA, Russia, Ukraine and various EU countries and the UK.

Q: What do most Ukrainians want — do they want to become a part of NATO?

A: Most Ukrainians just want peace, they are tired of geo-political tensions tearing their country apart and of degeneration of the societal fabric. They want to have a fair solution to the conflicts and national reconciliation. Therefore 73 per cent of the Ukrainian electorate voted in 2019 for Volodymyr Zelensky as a new President of Ukraine. They were “deciphering” his vague electoral messages with the intention to bring a peaceful solution to the prolonged conflict in the east of Ukraine. But for two and a half years nothing changed in this respect.

Some Ukrainians think that they should rely on NATO in the search of peace. Now more than 50 percent of Ukrainians at sociological surveys of the population in Ukraine usually say that they would like their country to join NATO. Though anti-NATO (conservative pan-Slavic and traditional crypto-Soviet) views are still very strong in Ukraine, especially in the east and south of the country. More likely within the future process of the national reconciliation the concept of Henry Kissinger expressed in relation to Ukraine would prevail — Ukraine as a bridge between the East and the West of Europe.

Q: Why is it so important for Ukraine to join NATO given the centuries old ethnic, cultural, religious and linguistic ties Ukraine has with Russia?

A: It is important for that segment of Ukrainian elites and the relevant strata of the whole population who see themselves as a part of the Western world and would like to be as far away as possible from Russia, any Russia — autocratic or democratic. That part of the Ukrainian society needs the support of strategic opponents of Russia. Now NATO is one of such opponents.

Q: Do you think Russia could really go to war with Ukraine or is amassing troops on the Ukrainian border simply posturing?

A: I am absolutely sure that there will be no war now between Russia and Ukraine. I shall give some arguments. But first I would like to mention that the only circumstance when Russia may attack Ukrainian armed forces now is if there would be an attempt to wipe out separatist authorities in Donetsk and Lugansk imitating and modelling the Croatian operation against separatist Serbs-populated regions in 1995. Russia is just exerting pressure on Ukraine and the West, showing its fourth and fighting spirit.

Russia cannot dare to attack Ukrainian armed forces now. Why? First, for conceptual reasons — when their present leader officially declares that Russians and Ukrainians “are one nation”, like Turkish and Azerbaijanis are declaring their concept of “two states and one nation”.

Secondly, now the Ukrainian army is strong, and the society is not yet irreversibly divided. If there is a coup in Ukraine (such a threat exists, as president Zelensky mentioned), then the situation may change.

Third, Russia does not need to waste its resources on such a war and then in maintaining the functioning of the Ukrainian society and state. Russia is inclined to the policy that after the 2014 revolution it is the West’s responsibility to care about the functioning of Ukraine.

Fourth, Russia has a lot of its own internal problems and needs to economise its budgetary expenses.

Fifth, Russia wants to avoid new sanctions from the West, and needs to finalise its infrastructural projects in Europe (“Nord Stream ï¿½ 2 gas pipe-line, in particular).

Sixth, now is the best possible moment when there may be reached a “historic compromise” between the USA and Russia — till November 2022, while President Joe Biden is very strong — being experienced, wise, having formed a more or less coherent administration, controlling both chambers of Congress and having more reliable levers to influence the “deep state” than his ambitious predecessor.

Q: What do you think of US military supplies to Ukraine? Is it really meaningful? Does it change the current status quo?

A: The US leadership needs to show that they are supporting the traditional American ally — the post-revolutionary Ukraine. These supplies cannot change anything in the correlations of forces on Ukraine’s borders, as Russia easily makes the relevant build-up on its (and its dependencies’) side of the borderlines. Such military supplies to Ukraine seem to be an important element of an interesting and, in fact, promising game or rather theatrical performance. And in the end, the US President Joseph Biden and the President of Ukraine Volodymyr Zelensky become the 2023 Nobel Peace Prize winners — for averting the war with Russia and for providing for the full implementation of the Minsk Accords, due to what Donetsk and Lugansk (the eastern Ukrainian regions currently controlled by Russia-supported separatists) get reintegrated with Ukraine on the basis somehow similar to the status of Hong-Kong and Macau in the People’s Republic of China.

Q: Crimea has been annexed by Russia given that the majority of the residents there wanted reunification. Tell us about the situation currently in Eastern Ukraine?

A: Crimea was annexed by the Russian Federation not because the residents of that area wanted to join Russia (though most of the local residents always were pro-Russian culturally and politically, while being loyal Ukrainian citizens), but because of deliberate Russian Federation’s policy of promoting and supporting the irredentist strategy in Crimea from February 2014. The Russian leadership in this way created a multi-level geo-political and civilizational trap for itself and its country. In particular, that also led to a radical weakening of pan-Slavic and civilizational conservative forces in Ukraine.

In eastern Ukraine there was a distinct type of Russia’s policy — the support of separatist agenda. It also turned out to be another similar trap. Donetsk and Lugansk were always helping to keep on a multi-cultural Ukraine, now the significant part of those regions is cut off from Ukraine and are economically depressed areas. The Russian leadership is conducting a policy of gradual partial incorporation of those separatist Ukrainian regions into the Russian economic and cultural space — a lot of local residents are granted the citizenship of the Russian Federation and the degenerating economies of those regions are allowed to have full-fledged free connections with the Russian economy.

Now, there is still a chance for Donetsk and Lugansk regions to get re-integrated with Ukraine. And it can be reached within the framework of “historic compromise” between President Joseph Biden and President Vladimir Putin.

Q: What would it take to bring peace between Russia and Ukraine? Is there any realistic chance of that in the near future or is this destined to be another of the world’s frozen conflicts?

A: There are various scenarios for overcoming the current exacerbation of the situation around Ukraine and in the east of Ukraine. One of them presupposes turning the conflict in the east of Ukraine into a frozen one. Another one is to implement the Minsk Accords on which basis there can be the re-integration of the Russia-supported separatists-controlled regions into Ukraine. It would envisage a wide autonomy (almost on the confederative basis) for those two regions — Donetsk and Lugansk — within Ukraine. Taking into account the key role of the US in the post-revolutionary (post-2014) Ukraine, the US administration is definitely the major geopolitical actor in defining which scenario of those two would be chosen.