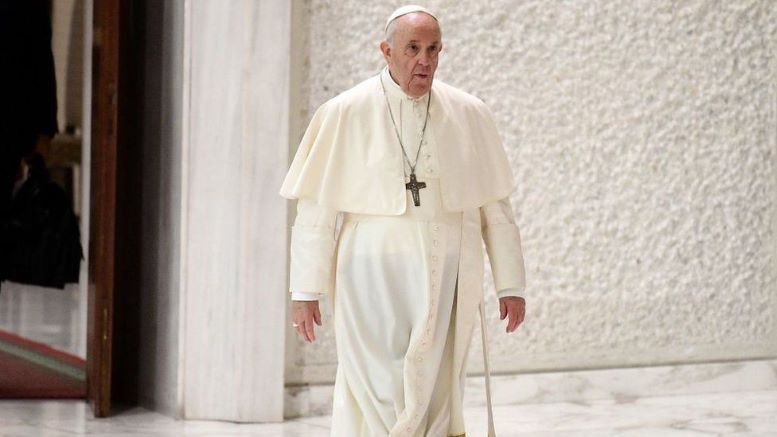 Pope Francis pushed for more aggressive evangelism in his World Mission Day message released on January 6. The Pope called for renewed efforts to spread the Gospel.

A National Catholic Register report on the Pope’s message says:

“Dear brothers and sisters, I continue to dream of a completely missionary Church, and a new era of missionary activity among Christian communities,” he wrote…

…In evangelization, then, the example of a Christian life and the proclamation of Christ are inseparable. One is at the service of the other. They are the two lungs with which any community must breathe, if it is to be missionary.

This kind of complete, consistent, and joyful witness to Christ will surely be a force of attraction also for the growth of the Church in the third millennium…

…The establishment of the Sacred Congregation De Propaganda Fide in 1622 was motivated by the desire to promote the missionary mandate in new territories. A providential insight! The Congregation proved to be crucial for setting the Church’s evangelizing mission truly free from interference by worldly powers, in order to establish those local Churches which today display such great vigor.

It is our hope that, as in its past four centuries, the Congregation, with the light and strength of the Spirit, will continue and intensify its work of coordinating, organizing, and promoting the Church’s missionary activities…

…The Church must constantly keep pressing forward, beyond her own confines, in order to testify to all the love of Christ.

In his message, he also brought up Pope Paul VI’s 1975 document Evangelii Nuntiandi – a document that promotes aggressive evangelism. This document forms the basis for the kind of Christian evangelism witnessed by Bharat among several other nations.

Some of the points contained in the document are:

We wish to confirm once more that the task of evangelizing all people constitutes the essential mission of the Church. It is a task and mission which the vast and profound changes of present-day society make all the more urgent. Evangelizing is in fact the grace and vocation proper to the Church, her deepest identity. She exists in order to evangelize, that is to say, in order to preach and teach, to be the channel of the gift of grace, to reconcile sinners with God, and to perpetuate Christ’s sacrifice in the Mass, which is the memorial of His death and glorious resurrection.

There is thus a profound link between Christ, the Church and evangelization. During the period of the Church that we are living in, it is she who has the task of evangelizing. This mandate is not accomplished without her, and still less against her.

For the Church it is a question not only of preaching the Gospel in ever wider geographic areas or to ever greater numbers of people, but also of affecting and as it were upsetting, through the power of the Gospel, mankind’s criteria of judgment, determining values, points of interest, lines of thought, sources of inspiration and models of life, which are in contrast with the Word of God and the plan of salvation.

Though independent of cultures, the Gospel and evangelization are not necessarily incompatible with them; rather they are capable of permeating them all without becoming subject to any one of them.

The document is a guidebook on evangelism as is evident from the preference given to it by Pope Francis. The need to ‘save non-believers’ stems from the fact that Christianity believes itself to be the sole path to salvation. Unlike Hindu Dharma which believes in “live and let live”, Abrahamic faiths are based on exclusivity. The missionary zeal of the Pope certainly means followers of indigenous Dharmic faiths of Bharat would have to face a deluge of evangelists who would want to ‘deliver the non-believers’.