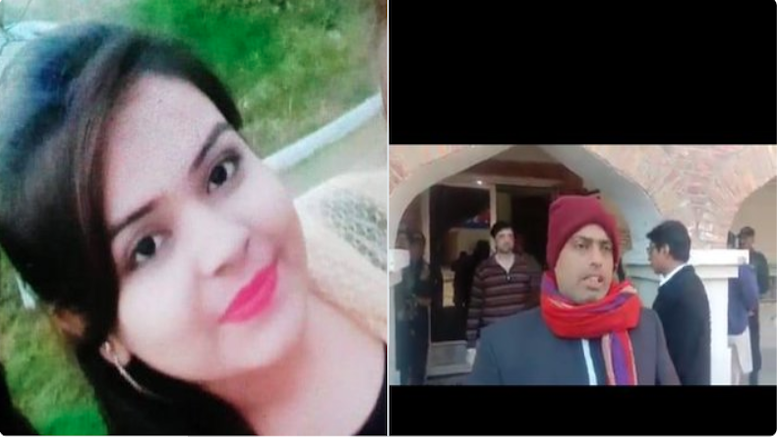 The father of a 14-year-old Hindu girl kidnapped by a twice-married Muslim man with 4 children, has appealed to Pakistan Police to recover his daughter.

The girl, a student of tenth class, was kidnapped from Jacobabad, Sindh. Her father Vijay Kumar told Rise News that she is the elder of his two daughters. She went to school but never returned home. It is believed the girl has been converted to Islam and ‘married off’ to Ali Raza Solgani, a 28-year-old laborer.

“My daughter is a young girl and Ali Raza who has kidnapped her has two wives and four children. He is a labourer.” “How can my daughter like him,” asked Vijay Kumar.

The conversion to Islam allegedly took place at Marot Sharif, in Shikarpur. Even two days after her abduction, the police failed to recover her or raid the accused’s home. The father said he has now met the SP who has asked for 3-4 days time to recover the girl.

In most such cases, it has been seen that authorities are usually in connivance with the perpetrators and conversion mafia – the matter is delayed so that the abductor gets time to arrange for fake age, conversion and marriage certificates. If needed, the girl is kept in Government shelter homes where she is threatened to accept that she converted of her own will, else her younger sisters or family will be harmed.

“Hindu girls’ kidnapping has not lessened because we do not have a law against conversion of minors,” said Nand Kumar Golkani, PML-F and member of Sindh Assembly. A bill on forced conversion was presented in 2016, but it is yet to be presented in Sindh Assembly despite promises by Sindh government – all due to intense opposition by Muslim clerics and fundamentalists.

A 14-year-old Christian school-going girl was similarly abducted and converted to Islam just few months back in Karachi, Pakistan

For decades, Hindus in Pakistan have suffered in silence, accepting the routine abduction and sexual enslavement of their daughters as their fate. But now they are beginning to speak up and demand their basic human rights. We saw it in the case of suspicious death of medical student Nimrita Kumar, where Hindus came out on streets demanding #JusticeForNimrita, thereby forcing authorities to conduct a proper autopsy which revealed she was raped before being murdered.

Hindu leaders in Jacobabad have issued an ultimatum to the Imran Khan Government, “We [Hindus] are in majority in Jacobabad – if they don’t recover our daughter, we won’t allow Imran Khan to hold Jalsa in city on 27 January.”

The moral & legal support offered by Government of Bharat through acts like CAA will go a long way in empowering the long-suffering Hindus living in Islamic nations like Pakistan and Bangladesh to stand up for their rights, and will also increase international scrutiny on Governments of these nations.

Now, if only Hindu celebrities took a leaf out of how the entire Sikh community, including cricketer Harbhajan Singh, stood up for the Pakistani Sikh girl who was abducted and brutally threatened to convert in Nankana Sahib. Will Virat Kohli, Deepika Padukone etc. speak up?

In “voluntary conversion” in Chitradurga, Hindu man forced to convert to see his newborn