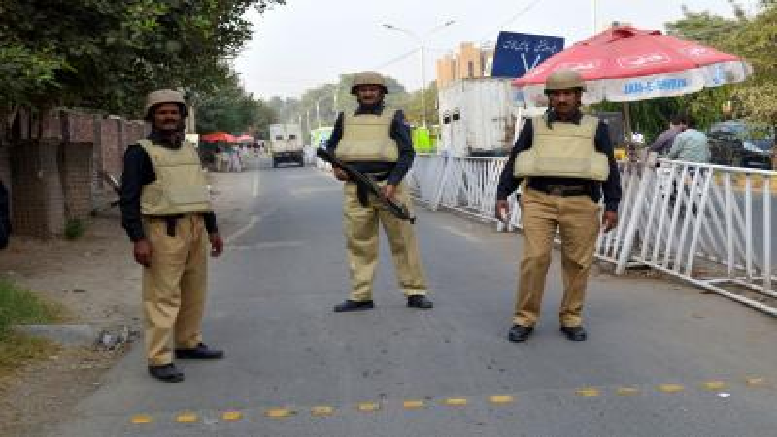 Pakistani police have arrested four men charged with blasphemy after they argued with an ‘imam’ (religious cleric) over whether a funeral announcement for a Christian neighbour could be made from a mosque, officials say, Al Jazeera reported.

The case occurred in the village of Khodi Khushal Singh, near the eastern city of Lahore, on November 18, a local police official Faryad, who goes by one name, told Al Jazeera on Thursday.

“The men have been detained and we have presented them before the court,” he said.

The men, who were Muslims, argued with a local cleric after he refused to make a funeral announcement for a Christian man from his mosque, the initial police report says.

“As soon as they arrived [at the mosque], they started cursing the mosque’s imam, they disrespected the mosque and they insulted Islam,” reads the report.

The four men were charged under sections 295 and 298 of Pakistan’s penal code, which carry penalties of up to two years in prison.

Pakistan has never executed a convict under the blasphemy laws, but accusations of the offence have increasingly led to murder by mobs or individuals. Since 1990, at least 79 people have been killed in such violence, according to an Al Jazeera tally.

Pakistani human rights activists have decried the case against the four men as being unfounded.

“If there was a Muslim who in good faith wants to have an announcement such as this made in the community, it’s not an attack on someone’s faith, it’s a good cause,” said human rights activist and lawyer Nadeem Anthony.

“So if someone announces [a funeral] on a loudspeaker, how is it a religious violation?”