Suspect in Norway bow and arrow attack had converted to Islam: Police 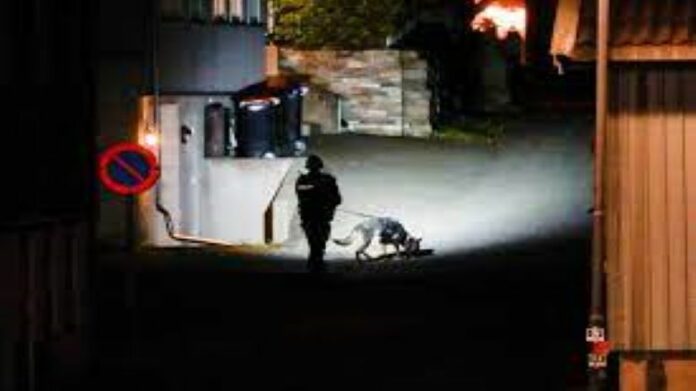 The Norway bow-and-arrow attack is being treated as a case of terrorism as per a statement issued by the police who added that this wasn’t their first encounter with the accused.

Norway police statement on the attack

The bow-and-arrow attack in Norway’s Kongsberg that left five people dead including four women and a man appears to be an act of terrorism said the police. The dead were in the 50 to 70 age group and three others were injured in the attack as well. As per the Kongsberg police chief, the 37-year-old Danish citizen identified Espen Andersen Braathen had converted to Islam and showed signs of radicalization. Braathen was held under preliminary charges and put in police custody till his scheduled hearing.

Norway’s domestic intelligence service chief Hans Sverre Sjoevold stated “The whole act appears to be an act of terror. We do not know what the motivation of the perpetrator is. We have to wait for the outcome of the investigation”.

According to an AP News report “Regional Police Chief Ole B. Saeverud described the man as a Muslim convert and said there “earlier had been worries of the man having been radicalized,” but he did not elaborate or say why he was previously flagged or what authorities did in response”.

In view of this revelation, the attack is being treated as a terrorist act. The police added that an investigation would help them identify the real motive behind the attack and also his plans as well as any other connections he had although he added alone.

In the meanwhile, the small community of 20000 people at Kongsberg is shocked due to the attack. One of the citizens has been quoted by the media as saying “The screaming was so intense and horrifying there was never any doubt something very serious was going on. I can only describe it as a ‘death scream,’ and it burned into my mind”.

Some locals who spoke to AP News have revealed the horrific experience that has left them all shaken. Erik Benum, who lives on the same road as the supermarket that was attacked, told AP he saw shop workers taking shelter in doorways. “I saw them hiding in the corner. Then I went to see what was happening, and I saw the police moving in with a shield and rifles. It was a very strange sight,” Benum said.

“The town was attacked last night and five people died. I think most of the inhabitants are in quite a shock that such a thing could happen here. This is a quiet town, a quiet municipality”, said the city’s mayor Kari Anne Sand.

The suspect was also on the police contact in previous years on their concerns regarding radicalization even though they hadn’t flagged him this year. Following the attack, Norway police have been permitted to carry firearms to instil a sense of security among its citizens. Reports indicate that instances of radical Islamist attacks in Europe are on the rise and the present attack needs to be seen in that light.