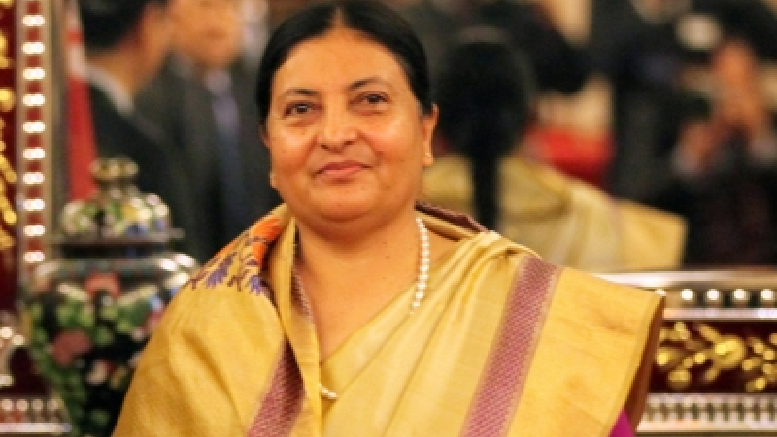 One week after the reappointment of K.P. Sharma Oli as the Prime Minister of Nepal, the country’s President Bidhya Devi Bhandari on Thursday called for the formation of a new government as per Article 76 (5) of the Constitution.

The office of Bhandari said in a statement that the President has called on the members of the House of Representatives to present the basis for the appointment of a new Prime Minister as per Article 76 (5) of the Constitution.

Oli had lost a vote of confidence on May 10 on the floor of the House. Later in the same evening, President Bhandari had called on the political parties of Nepal to form a coalition government on the basis of majority votes.

When the opposition parties failed to form the coalition government after failing to secure the majority votes, the President on May 13 evening reappointed Oli as the Prime Minister, being the leader of the largest party in the House.

While Oli again has to seek a vote of confidence in the House within one month as per the constitutional provision, he has declined to do so.

Without seeking the vote of confidence, a Cabinet meeting on Thursday recommended the President to invoke Article 76 (5) of the Constitution.

As per Article 76 (5) of the Constitution, if any member presents a ground on which he or she can obtain a vote of confidence in the House of Representatives, the President shall appoint such member as the Prime Minister.

The President has set 5 pm on Friday as the deadline.