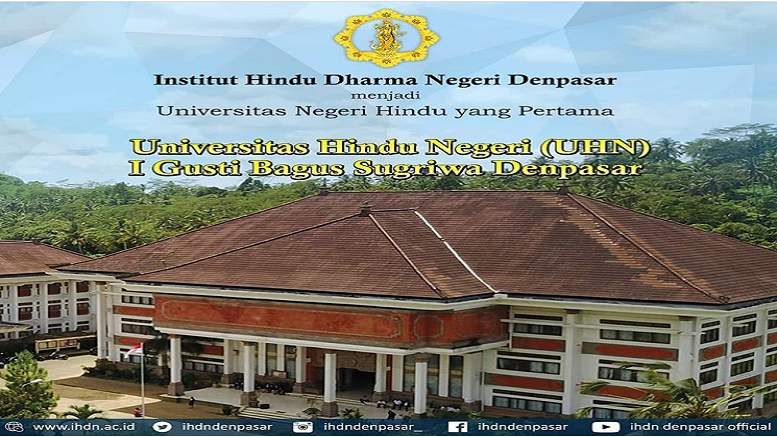 Through the regulation, which was enacted last week, all current IHDN students are converted to UHN students, and all the institute’s assets and employees are transferred to the newly formed university.

A post shared by UHN I GUSTI BAGUS SUGRIWA (@uhnsugriwa_official)

“The change in status has been declared through a Perpres and is just awaiting the handover from the central government. I am very happy and thankful,” IHDN rector I Gusti Ngurah Sudiana said in a statement on the institute’s official website on Friday.

The institute itself started out as a state academy for Hindu religion teachers in 1993, before being converted into the Hindu Religion State College in 1999, and then into the IHDN in 2004.

Sudiana said the regulation marked a historic moment for the Hindu faithful in Indonesia.

“Clearly this shows that President Jokowi has given special attention to Hindu educational institutions in Bali in order to improve the quality of our human capital,” he said. “Because of that, we should use this moment to move toward excellent human capital in Bali in the future.”

(This article was published on The Jakarta Post on February 3, 2020.)