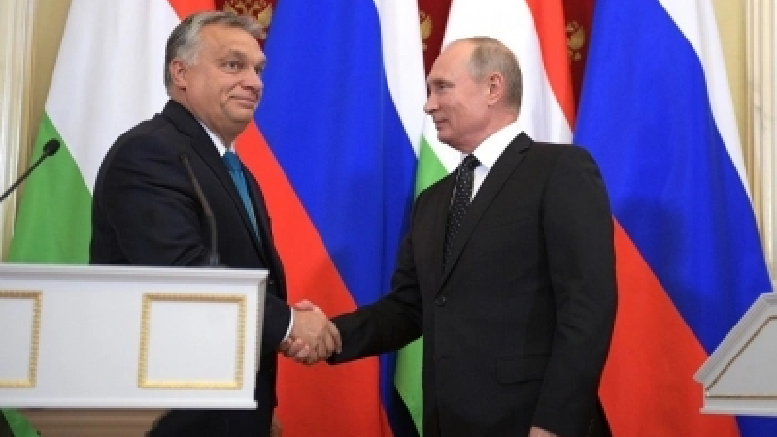 The United States and its allies, trying hard to project a united front against Russia, are facing a tough time to garner support from several countries in Europe, which have on paper supported Washington’s stance on Ukraine, but in practice have been reluctant to sever close ties with Moscow.

Even as foreign ministers from G7 and NATO nations were converging in Brussels to “increase pressure” on Russia, Cyprus was still mulling over Washington’s request to transfer its Russian-made weapons to Ukraine.

Distancing itself further from the US, the leadership in Budapest had already disallowed Ukraine bound transport of heavy weapons on its territory. It is now also finding a “technical solution” on the payment of Russian gas in rubles.

Not surprisingly, the European Commission – ready with its fifth round of sanctions, which according to its President Ursula von der Leyen “cut even deeper in the Russian economy” with the imposition of an import ban on coal from Moscow – is urging the EU countries to coordinate and work together with global partners to make sure that the measures are properly and quickly enforced and not circumvented.

“Any loophole should be closed off, quickly and firmly. Sanctions that exist only on paper are just that – paper. We want sanctions to continue biting Putin’s regime hard in the real world,” said Commission Executive Vice President Valdis Dombrovskis.

His words were echoed by Ukrainian President Volodymyr Zelenskyy who, during his latest televised address on Wednesday night, said that even though the new package of sanctions against Russia “has a spectacular look”, it doesn’t seem enough.

“We will continue to insist on a complete blockade of the Russian banking system from international finance. We will also continue to insist on one or another format of the democratic world’s refusal to buy Russian oil. It is the export of oil that is one of the foundations of Russia’s aggression, that allows the Russian leadership not to take seriously the negotiations on ending the war and on the liberation of Ukrainian territory,” said Zelenskyy.

However, the reluctance being shown by many European countries, which are massively dependent on Russian oil, coal and gas, is certainly understandable.

Hungary’s Prime Minister Viktor Orban – who won a fourth consecutive term in Sunday’s election in a victory which he said was so big that “it can be seen even from the Moon” – is a fierce opponent of sanctions against Moscow and has made it clear that he will not give into pressure from the EU leadership.

“Without Russian energy resources, the Hungarian economy will simply be paralysed. It should be noted here that we are talking not only about the supply of natural gas and oil, which account for about 80 per cent and 55 per cent of the total Hungarian imports of these energy resources, respectively, but also about the implementation of the already mentioned Paks-2 NPP (Nuclear Power Plant) project,” said Stanislavov.

In faraway Cyprus, the US Under Secretary of State for Political Affairs Victoria Nuland – travelling to France, Turkey, Greece, Cyprus, and Germany between April 2-9 to build “unified support” for Ukraine – met the country’s Foreign Minister Loannis Kasoulides on Wednesday.

While Nicosia has called the “ongoing war” as “both illegal and unjustified”, it has been reported that the country’s Defence Minister Charalambos Petrides has till now not budged on the US request of giving its Russian-made weapons to Ukraine which includes two anti-aircraft systems – TOR/M1 and BUK-M1 – the T-80U and BMP3 tanks and the MI-35P assault helicopters.

Cyprus Mail, the only only English-language daily newspaper published in the eastern Mediterranean Sea country, quoted country’s defence ministry as saying that there was no way it would send military equipment to Kyiv as “it would reduce the deterrent, defensive capabilities of a country under occupation” adding that Petrides has already spoken several times about the matter since Sunday.

“This is a perfectly understandable position to take, and the US would be unreasonable to expect Cyprus to give up what limited defence capability it has,” the newspaper said in an opinion piece on Wednesday.