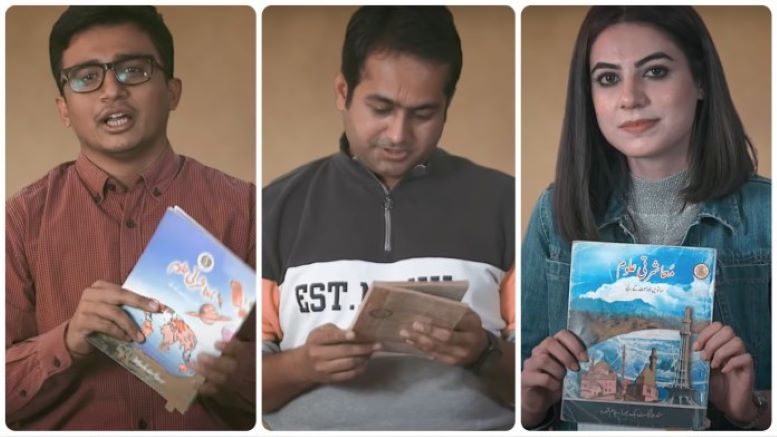 Hindus who are minorities in Pakistan are often targeted by Islamists emboldened by the state’s active promotion of anti-Hindu bigotry. A documentary by BBC Urdu shows how Hindudvesh/Hindumisia is being officially sanctioned by the Pakistani government through its school textbooks.

A video of the documentary has gone viral on social media (SM) where the inherent bias against Hindus has been revealed by Pakistani Hindus who narrated their ordeal detailing how they had been humiliated by their friends. colleagues and classmates simply because they were Hindus by faith.

School-going children are being indoctrinated through state-sanctioned textbooks that demonize Hindus by calling them Kafirs (derogatory slang for non-believers) and saying that all evils that have fallen upon Pakistan are due to the Pakistani Hindus.

Further, Pakistani Hindus belonging to different fields can be seen quoting school textbooks that have normalized hatred for Hindus and Hindu Dharma. They have also pointed out the intolerance towards Pakistani Hindus being propagated through these textbooks whose contents are prejudicial to Hindus terming them as the source of all evils. Hindus have been relegated to second-class citizens confessed the youth.

In this regard, OpIndia says:

One of them, who identified himself as Rajesh Kumar, cited a Pakistani school textbook that described Hindus as ‘Kafirs’, meaning idolaters or those who worship idols, and alleged that Hindus were misogynists who buried their newborns alive if they happened to be girls.

Kumar cites the 11th and 12th-grade books of the Sindh Text Book Board to highlight the use of epithets like “enemies of humanity” to describe Hindus and Sikhs. He further adds that the book claims that Hindus and Sikhs killed thousands of women, men, and children.

Kumar pointed out that the books portray Pakistani Hindus as traitorous and harboring no patriotism for Pakistan but instead their (Pakistani Hindus) loyalties lie with Pakistan’s arch-enemy Bharat. The intention is to create a perception among Muslim students that Hindus aren’t patriotic.

OpIndia quotes Dr. Kumar as saying “9th and 10th-grade Pakistani books characterize Hindus as treacherous and deceitful. The books claim that Muslims and Hindus joined hands to fight against the oppressive British regime. However, the association could not last long because of the perpetual hostility displayed by Hindus towards Muslims.”

Pakistani educationist AH Nayyar opines that hatred for Hindus has been subtly weaved into Pakistani school books. He says that Pakistani history books turn the struggle between the Muslim League and Congress into one between Hindus and Muslims. According to Nayyar, Hindus are made out to be villains in order to justify the demand for a separate Pakistan and the politics behind it.

Another key problem in Pakistani textbooks pointe out by Nayyar is the prominence given to Muslim history while completely ignoring Hindu history. He says, the history of the subcontinent, for example, begins with the arrival of Muslims in the region. There is no mention of past Hindu rulers who preceded the Muslim rule in the region.

This bigotry perpetrated through their schoolbooks indoctrinates children from such a young and impressionable age that it perpetuates the violence against Hindus witnessed till date. Hindu girls in particular are vulnerable as they are forcibly abducted, converted to Islam and even married off to their abductors.