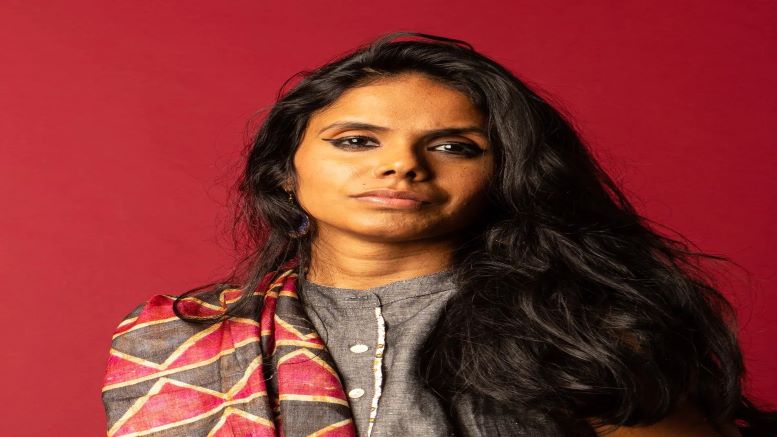 The German embassy has awarded Meena Kandasamy the PEN Germany award for her ‘dedicated, vocal, and engaging’ work, they said in a tweet. This comes close on the heels of her having admitted that she remained silent on sexual harassment by her leftist colleague.

Kandasamy had put out a note on Twitter saying she was molested at JNU but didn’t press charges against the molester because he was non-Brahmin. “No one would see a young woman who wanted justice, they would read it only as a Brahmin Head of Center (the professor who invited me) making use of me against a non-Brahmin intellectual. Even in the moment of seeking autonomy, I would be read as an agent. I would have thought differently if I had been invited to JNU by a Dalit or a Bahujan. I decided to maintain my silence because living with the humiliation of molestation seemed better than being called a Brahmin-stooge,” she justified her stance.

“Apparently, hatred toward Brahmins preoccupied Kandasamy so much so that she did not press charges against her molester because he was a non-Brahmin, and bringing him to justice would somehow boost Brahminism. She stoically endured sexual assault against her because speaking up against it would, in her perverse understanding, empower Brahmanism. And years later, Kandasamy did not appear one-bit regretful for not bringing her molester to justice”, noted OpIndia.

Germany awarding someone who casualizes sexual harassment out of her Brahmin hatred speaks volumes of the country’s policy and outlook. Kandasamy is not only a Brahmin-hater but also a Hindupobe. She was also part of the ‘Dismantling Global Hindutva’.

HinduPost had pointed out how Kandasamy’s former husband had accused her of faking her ‘Dalit’ identity. Earlier Dr Gunasekharan Dharmaraja, her former husband, had said that she had filed fake harassment against him after he had filed a case against her father for attacking him. Dharmaraja had also said that Meena Kandaswamy is not even a Dalit, as she claims on social media, but a product of an inter-caste union between a man from the Andi Pandaram community, classified as MBC in Tamil Nadu, and a woman from an OBC community.

One would expect Germany to make informed choices, but their rewarding Kandasamy doesn’t come as a surprise considering the fact that they had supported rabid Hindu hater Mohammad Zubair. The German foreign ministry spokesperson had criticized propagandist Zubair’s arrest. The spokesperson had said that freedom of expression and press was a part of the European Union’s human rights dialogue with Bharat. He had been arrested for posts mocking and insulting Hindu devis and devatas.

“Earlier this week, Germany had unsolicitedly and presumptuously commented on the arrest of Mohammed Zubair, the co-founder of leftist propaganda website Alt News, who was taken into custody for hurting the religious sentiments of Hindus with his offensive comments on Hindu Gods and Goddesses”, OpIndia reported in July this year.

It is also worth noting that while Germany lectured Bharat on freedom of speech and expression, it arbitrarily imprisoned an independent German journalist living in Ukraine. The journalist was labelled a Russian terrorist for her pro-Russia reporting and kept in prison for three years without trial.