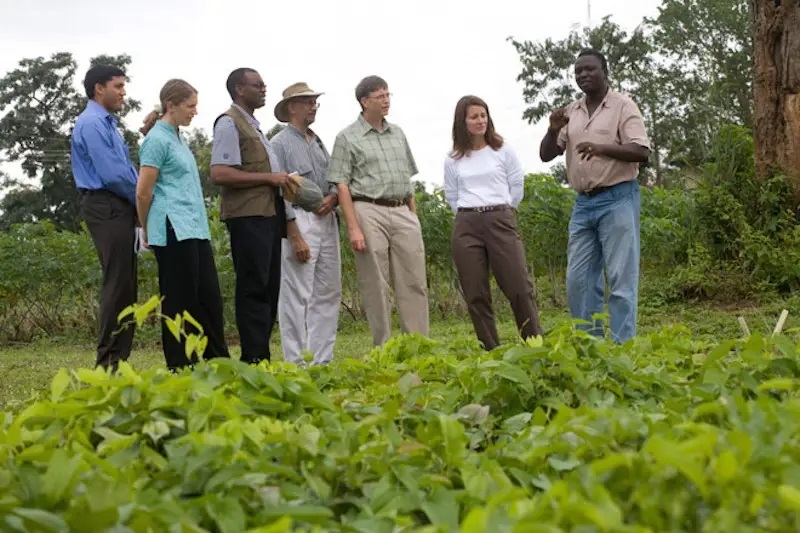 The 2021 UN Food Systems Summit will take place in September this year. Food security and the optimum practises small farmers should adopt will be discussed among various food-related issues. It is important that vested interests do not get to dominate the discussion and push ideas that promote their own agenda and interests.

Concerns are being voiced with the appointment of Agnes Kalibata as Special Envoy to the Summit. Kalibata is the former Agriculture Minister from Rwanda and the President of the Alliance for a Green Revolution in Africa (AGRA)

Results of a recent study on the impact of AGRA interventions on food security reaffirm early concerns of many civil society groups in Africa. These groups had questions and concerns about the activities of AGRA and other philanthro-capitalistic agencies.

AGRA, launched in 2006 by Bill and Melinda Gates, had the proclaimed goal to double yields of 30 million of Africa’s farming households by 2020. The nonprofit is supported by the Rockefeller Foundation.  Its program covered 13 African countries. In 14 years, it disbursed $534 million while the various African national governments additionally supported these activities by putting in $1 billion annually in subsidies.

Bill Gates has been a vocal supporter of the gene-editing technology and had even invested in GMO giant Monsanto (bought over by Bayer in 2018), so it is no surprise that AGRA heavily promoted inputs like hybrid seeds, chemical fertilizers, and pesticides as a part of the Green Revolution interventions in Africa. In fact, Gates is said to be carrying forward Monsanto’s work.

Vandana Shiva who works to ‘protect the diversity and integrity of living resources, especially native seeds that have been under threat by Monsanto and other large agrochemical corporations,’ said that Gates is ‘… pushing the failed Green Revolution, he’s pushing chemicals, he’s pushing GMOs, pushing patents.’

AGRA’s interventions began in 2006 when already a lot of data had been generated about the adverse effects on the soil, ecology, and human health of the indiscriminate use of chemical fertilizers and pesticides. While the success of the Green revolution was touted in Bharat, even Bharat is said to be bearing the brunt of the ill effects of the Green Revolution model.

There is also a large body of research on the harmful effects of genetically modified (GM) or genetically engineered (GE) foods and inputs. The harmful effects include toxicity, allergic reactions, antibiotic resistance, poor nutrition, immune-suppression, and even cancer. Despite this, AGRA’s choice of interventions involved the use of these very same inputs.

Long-term adverse effects apart, at least AGRA’s inputs should have been effective in attaining promised goals and food security, but these too were not achieved despite the huge outlays as a 2020 study carried out by Tufts researchers found. The study headed by Timothy A. Wise, former director of the Tufts GDEI program and now a senior advisor at the Institute for Agriculture and Trade Policy, found that AGRA models are ‘replacing hunger with malnutrition’.

Not surprisingly, AGRA did not provide the requisite data or evaluation studies to support its claims of success and the Tufts researchers had to instead use national-level data on variables like agricultural productivity, poverty, hunger, and malnutrition. Wise said that he had repeatedly contacted AGRA requesting their monitoring and evaluation data but although the organization said it would provide the information, it ceased responding to requests. Wise said, ‘If AGRA or the Gates Foundation has data that contradicts these findings, they should make them available.’

Findings of the Tufts Study

Agriculture expert Jan Urhann at Rosa Luxembourg Stiftung which funded the Tufts research said that the Green Revolution model needs to be reconsidered given the findings of the study. It is neither ecologically sustainable nor affordable for African countries and has not helped small-scale farmers.

AGRA’s chief of staff Andrew Cox labelled the research as ‘not professional’ and said AGRA would evaluate its own work by the end of 2021. The Gates Foundation too responded to the Tufts paper by issuing a statement supporting AGRA. But AGRA did tone down its promised results and removed the promise to double incomes of 30 million farmers from its web pages.

Apart from failure to achieve the goals, an important question of debate is whether one can compromise nutrition for calorific value.

The Rwandan government, buckling in to AGRA’s dictates, used a heavy hand to impose crop restrictions and only relaxed them partially when it faced resistance from Rwandan farmers. Rwanda which is considered an AGRA success story increased its maize yield by 66% since 2006 but the Tufts study found that productivity increase overall was weak and Rwandan farmers had to abandon more nutritious local crops to switch to maize.

This along with the results of a UN study which found that the number of undernourished people in Rwanda increased by 41% in the AGRA intervention period proves that mere calorific value increase just isn’t enough to improve food security.

But the Rwandan government continues to heavily subsidize the production of maize and other commercial crops. Donor agencies taking liberties with the health and life of poor households in Africa is a matter of concern that needs to be highlighted more widely across the globe.

Malaysian journalist and former Assistant Director General of UN Food and Agriculture Organization Jomo Kwame  Sundaram said that the AGRA model is ‘replacing hunger with malnutrition.’ All of us are aware that health experts and nutritionists recommend including diverse foods in the diet to access various vitamins and minerals. Diversity in food grains consumed is not just a matter of ‘variety’ like AGRA supporters are making it out to be.

Studies have also critiqued the Green Revolution in the African context saying it does not take account of risk management by very poor households when they are made to plant commercially viable crops in lieu of traditional food security crops.

Neo-colonialism where profits for MNCs is the goal

The Tufts study findings reinforced what many African civil society leaders had been asserting for several years. Representative of a group called PELUM Zambia, Muketoi Wamunyima said his organization had challenged the AGRA model from the start and the apprehensions about AGRA have proved correct with small-scale food producers being led into poverty due to AGRA activities.

African activist Million Belay, the coordinator of the Alliance for Food Sovereignty in Africa (AFSA) compared the cop’s knee pressed over the neck of George Floyd, leading to his death with the way Africa is being choked by aid agencies, donor governments, and philanthro-capitalists. He said that under the guise of transforming agriculture in Africa, these entities are out to create markets for themselves.

Belay’s group and other activist peasant movements like the La Via Campesina have put forward agroecology as a solution to Africa’s issues through a number of case studies. The Tufts study also points out research studies that have shown the viability of agroecological approaches.

African Centre for Biodiversity’s representative Mariam Mayet spoke of the ill effects of the Green Revolution: declining soil health, loss of agricultural biodiversity, and loss of farmer sovereignty. She also said that the system is in fact not designed to benefit farmers but to provide profits to multinational corporations from the developed countries.

To address the negative coverage arising from the Tufts study and the discontentment expressed by civil society voices, the Gates Foundation and AGRA sprung into PR mode. In June 2020, AGRA advertised for a communication consultancy with a job description that included increasing positive media coverage and obtaining editorials supporting AGRA in global and regional (African) outlets along with securing prime time interviews for ‘AGRA experts’ in major global media.

AGRA Watch, a Seattle-based organization focusing on food sovereignty worldwide, noted this PR push by AGRA. AGRA Watch then held a webinar in which the author of the book Stuffed and Starved, Raj Patel, said that modern colonialism banks heavily on producing ‘knowledge.’ The above-mentioned editorials could qualify as such ‘knowledge.’ Patel said that modern day hegemony requires not just domination of the land but also ‘in the field of ideas.’

As already mentioned, the Summit is to be held next month. Many African civil society and farmer groups are concerned that Agnes Kalibata is being considered to be a Special Envoy for the Summit since her opinions on the food security versus nutrition debate favour the AGRA approach of calorific value over what she calls ‘dietary diversity.’ But experts like Sundaram emphasize the hidden hunger caused by micronutrient deficiencies and assert that crop diversity in farming is the solution rather than the Green Revolution’s focus on raising calorific intake. Calorific intake versus different local crops that are nutritionally diverse is likely to be an issue of contention during the Summit to be held next month.

Voicing their concern about the choice of the Special Envoy to the summit, 176 civil society organizations and farmer groups sent a letter to the UN asking for Kalibata’s appointment to be revoked. Another similar request was made by 550 other signatories.

A letter signed by 12 individuals of high standing such as leaders from the World Bank was also sent in support of Kalibata’s appointment, but closer analysis by AGRA Watch found that almost all the signatories were connected in some way to the Gates Foundation.

‘AGRA Watch found three types of connections between signatories of the letter and the Gates Foundation. These include past and current affiliations.’ Thus, some signatories were from organizations that received direct funding from Gates Foundation, some were from organizations that received funding from AGRA, and in some cases there was indirect funding for specific programs affiliated with the signatories!

Like Raj Patel said, neo-colonialism banks upon producing ‘knowledge’ and dominating the field of information flows. The UN Food Systems Summit and similar such forums are at the risk of increasingly being used by the powerful to further their own interests and agenda related to profit making. It is hoped this specific forum hears the voices of African civil society groups as well and ensures that food security and food diversity in Africa does not continue to get jeopardized.