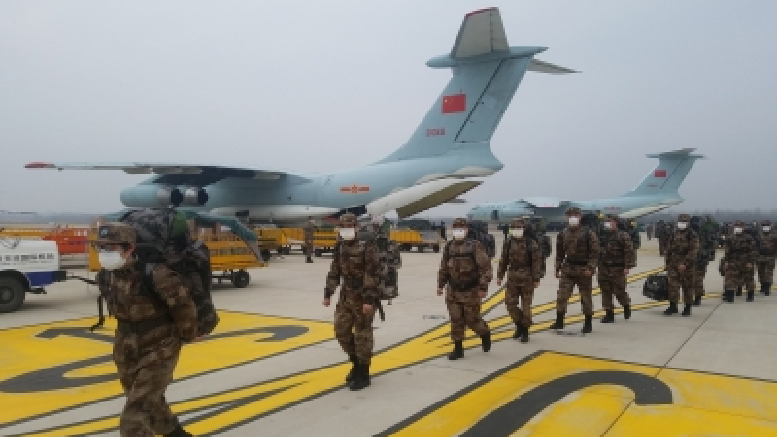 Within minutes of US House Speaker Nancy Pelosi landing in Taiwan on Tuesday night, China said it would immediately begin “a series of joint military operations around the island”, including using long-range live ammunition in the Taiwan Strait, a media report said.

An announcement from the People’s Liberation Army Eastern Theater Command said beginning Tuesday night a series of exercises would be held on the sea and in the air surrounding Taiwan, the self-governed island that China says is its sovereign territory, CNN reported.

“This action is a solemn deterrent against the recent major escalation of the negative actions of the United States on the Taiwan issue, and a serious warning to the ‘Taiwan independence’ forces seeking ‘independence’,” Col. Shi Yi, spokesman for the Eastern Theater Command, said in a statement.

The Eastern Theater is one of the five joint commands of the People’s Liberation Army (PLA) with jurisdiction over China’s eastern coastal provinces of Fujian and Zhejiang, which sit opposite and above Taiwan.

China’s Defence Ministry said the PLA was “on high alert and will launch a series of targeted military operations to counteract the situation, resolutely defend national sovereignty and territorial integrity, and resolutely thwart the interference of external forces and ‘Taiwan independence’ secessionist schemes.”

In an unusual move, Chinese state media posted on Twitter a map showing six areas around Taiwan where it said the PLA would conduct drills, including live-fire exercises from Thursday through Sunday, the media outlet reported.

Having landed in Taiwan amid soaring tensions with China’s military, the US House speaker, Nancy Pelosi, defended her controversial trip to the self-ruling island, saying she was making clear that American leaders “never give in to autocrats” in an opinion piece published in the Washington Post, The Guardian reported.

“We cannot stand by as (China) proceeds to threaten Taiwan – and democracy itself,” said Pelosi’s piece, published just as the veteran California congresswoman’s plane touched down on Tuesday.

“Indeed, we take this trip at a time when the world faces a choice between autocracy and democracy.”

Given that Pelosi’s trip presents a serious diplomatic headache for the Joe Biden White House, there had been much speculation about the motivations behind the controversial visit. In her op-ed Pelosi struck a hard line against China’s position that her trip was a provocation and placed it in the context of a broader global struggle over political freedom.

In the article Pelosi said: “We take this trip at a time when the world faces a choice between autocracy and democracy. As Russia wages its premeditated, illegal war against Ukraine, killing thousands of innocents – even children – it is essential that America and our allies make clear that we never give in to autocrats”, The Guardian reported.

China has branded a landmark visit to Taiwan by US Speaker Nancy Pelosi as “extremely dangerous”, BBC reported.

It accused Pelosi, the most senior US politician in 25 years to visit the island China claims as its own, of “playing with fire”.

“Those who play with fire will perish by it,” Beijing warned in a statement, BBC reported.

Pelosi said her visit “honours America’s unwavering commitment to supporting Taiwan’s vibrant democracy” and did not contradict US policy.

As her plane touched down, Chinese state media reported that its military jets were crossing the Taiwan strait. Taiwan has denied any such action happened.

China – which sees Taiwan as a breakaway province which will one day reunite with it – has previously warned that its armed forces “will not stand idly by”.

In her statement, Pelosi said: “America’s solidarity with the 23 million people of Taiwan is more important today than ever, as the world faces a choice between autocracy and democracy.”

In an article published in the Washington Post newspaper at the same time, Pelosi also wrote that Taiwan’s “robust democracy… is under threat”..

“In the face of the Chinese Communist Party’s (CCP) accelerating aggression, our congressional delegation’s visit should be seen as an unequivocal statement that America stands with Taiwan, our democratic partner, as it defends itself and its freedom,” she said.