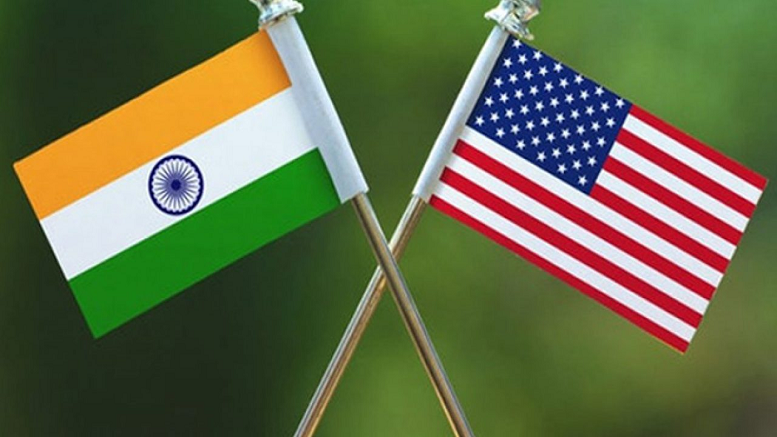 Excited and relieved Indian-Americans all over the USA celebrated the defeat of a Chicago resolution sponsored by Ms. Maria Hadden, city councilor of 49th Ward.  Called “the sugar coated cyanide pill” by Chicago Indian-Americans, the resolution started off by congratulating Bharat for its democracy and Independence Day but soon moved to vicious and denigrating clauses.

A long drawn 8 month long battle, ensured that the Indian American community had to pull all stops to counter the apparent lies that the organization behind this maneuver, Council for Islamic Relations (CAIR) was spreading around to clueless Councilors.

Finally efforts paid off when 26 Councilors voted against the resolution, saying we have more pressing things closer home to take care of. Only 18 voted for it, ensuring that the resolution is soundly defeated and not tabled again.

“Instead of caring for her own 49th ward, an approximately 10 Square kilometer area Maria Hadden is spending all her time in a symbolic and non-binding resolution that is bent on scolding India, the sole democracy and refuge for persecuted peoples in that part of the world,” said Mr. Amitabh Mittal who heads the Indo US Friendship Council in Chicago.

“Indian-Americans are busy contributing to the American economy as doctors, engineers and space scientists. They are too busy to be aware of either the CAA or the fact that Progressive Left members of the Democrat City Councils are tabling these resolutions,“ said Vandana Jhingan to a TV Channel that interviewed her recently.

The resolution is called “symbolic” and “non-binding” and contains many inaccuracies based on misstated allegations by vested parties. However, it has repercussions not on Bharat but the Indian-Americans in the USA, who have suffered hate crimes recently in cities like Seattle and in California. They also face the consequence of a divided community and the prospect of a factually incorrect resolution staying in the Cities historical Records.” said Mr Bharat Barai, an Oncologist and stalwart of the Indian-American Community since past 40 years in Chicago. An 8 month long fight was supported by elders like him who served as guiding spirits uplifting the volunteers

Independent of the volunteers, the Indian Consular General Mr. Amit Kumar also worked in his own capacity, approaching the sponsoring group of city councilors, educating them on the oft maligned and misquoted Bharatiya laws like CAA and Article 370 and Farm Laws.

Sachin Tripathi made his public comments and said we may not have money on our side but we have truth. Eventually, truth did prevail as city Alderman Moore and 25 others voted against it.

Alder Moore made a very powerful statement that sums up the situation in a very statesman like manner, “I have constituents in the Indian American community in the  28th Ward and the majority of them are not supportive [of this resolution 2020-583] Again, I think we have more than enough work in the city of Chicago, we want to talk about oppression…racism…and about issues that have impacted members of the community, but again I understand that people have the right to propose any type of legislation they wish. However unfortunately, I would not support this because I look out the window and I see young men and women who do not have jobs and I see young men and women who can barely read and those that have lost a level of hope and I don’t think they would appreciate their aldermen focusing on what’s going on 8000 miles away when I got challenges two blocks where I live.”

Another Alder who voted Nay, also said that he would like to focus on local issues and not on issues beyond the Chicago city at this time when they were suffering severe crimes and Covid 19 issues in the city.

It was a big win and big relief to those who followed this long drawn battle, as Chicago was the biggest city to table this insidious and motivated resolution. Unfortunately about 7 cities have passed these nefarious resolutions sneakily, behind closed doors under the quiet of the COVID 19 crisis. A big fight was put up in Seattle and St. Paul cities but these cities passed the resolution despite knowing the facts on the matter, clearly indicating political machinations.

It is pertinent to note that people like Varusha Khan who is a newly elected member of the Redmond City Council near Seattle, and who is also a director of Council of Islamic Relations (CAIR) has tried to ban an Indian American organization APPWW, calling it Islamophobic, after it held a conference highlighting human rights issues in Baluchistan, Sindh, and other provinces of Pakistan. Mr Tarek Fateh also spoke about the abysmal plight of Hindus in Pakistan during this conference held in August 2020 highlighting the dire need for CAA.

While Chicago has much to celebrate today, 24th March 2020, the Indian-Americans need to stay awake to such machinations as displayed by Varusha Khan and others who are targeting the Indian-Americans with unceasing regularity trying to malign the name of a community largely known as a model minority in the USA.