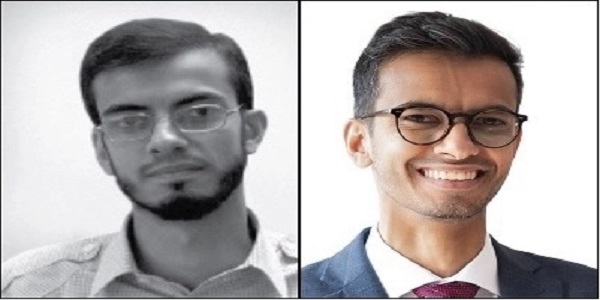 After trying and failing to cover up allegations of anti-Semitism of their Quebec candidate Imam Hassan Guillet, one would have assumed the Trudeau Liberals would be careful in making sure they vetted future candidates with links to overseas political ideologies or religious and racial causes.

But, it seems, in their quest for diversity the Liberal war room has again been blindsided.

Sameer Zuberi, a former media coordinator of the Islamic group the Canadian Council On American-Islamic Relations (CAIR-Can), is now the Liberal candidate in the Montreal-area riding of Pierrefonds-Dollard.

As a CAIR-Can spokesperson, Zuberi sported an Islamic beard, but as a candidate running for parliament, that beard and appearance has been replaced by different demeanour where he reflects his mother’s multi-generational Scottish-Italian ancestry; he avoids mention of the word ‘Pakistan’ as his father’s birthplace, instead stating his “father came to Canada from South Asia in the 70s.”

CAIR-Can campaigned for Sharia law as part of Canada’s Family Court system in 2004-05. It was a branch of the American Islamist group, Council of American-Islamic Relations (CAIR) that was listed as an “unindicted co-conspirator” in the 2008 Texas Terror funding trial. In 2013 CAIR-Can changed its name to the National Council of Canadian Muslims (NCCM).

Any PR consultant would be impressed by such a carefully conducted makeover, but sooner or later one’s past catches up. As the ancient motto of India states, “Satyameva Jayate” or “Truth alone Triumphs.”

Sameer Zuberi seems to have made attempts to de-emphasize his past. He either de-activated his previous Twitter account and created a brand new one that has no content or was the only activist on the globe who found no use for Twitter until he became candidate. I asked him if he had a previous Twitter trail, but did not receive a response.

In 2011, Zuberi wrote a letter to the editor on the occasion of the killing of bin Laden where he commented: “With respect BL (Bin Laden) masterminding 9/11, although this is still a matter of public debate we need to be careful before subscribing to theories simply because they validate our positions.”On Sept. 14, days before his nomination, the Conservatives released a 2011 public post from Zuberi where he questioned whether Osama bin Laden was indeed the mastermind behind the 9/11 attack.

The Conservatives’ statement demanded Justin Trudeau “do the right thing and immediately fire this candidate.” It went on to say:

9/11 was the most horrific terrorist attack the western world has ever seen. The facts are not still a matter of public debate. … These conspiracy theories are offensive to the more than 3,000 people who died on that horrible day – including 24 Canadians. Anybody who peddles them is unfit for public office.

Zuberi later told the media: “It obviously is and has always been clear to me that Osama bin Laden was the perpetrator of the September 11 terror attacks.”

For his part, Zuberi says “the allegations against me from the Conservative Party are blatantly false.” He suggested it was “a desperate attempt to distract from the real problems Andrew Scheer has with his candidates, and their ties to far-right extremism and white supremacy.”

Michael Mostyn, CEO of B’nai Brith Canada, added his voice to the controversy surrounding Zuberi. He tweeted: “We are deeply disturbed and alarmed by this report about Mr. Zuberi and we eagerly await clarification from this candidate. Anti-Semitism and 9/11 conspiracy theories irrefutably have no place in Canada.”

Didn’t take long for the “white supremacy” bogey to appear. I am surprised Zuberi did not invoke “Islamophobia.”

(This article was has been reproduced in full from meforum.org where it was published on September 18, 2019)