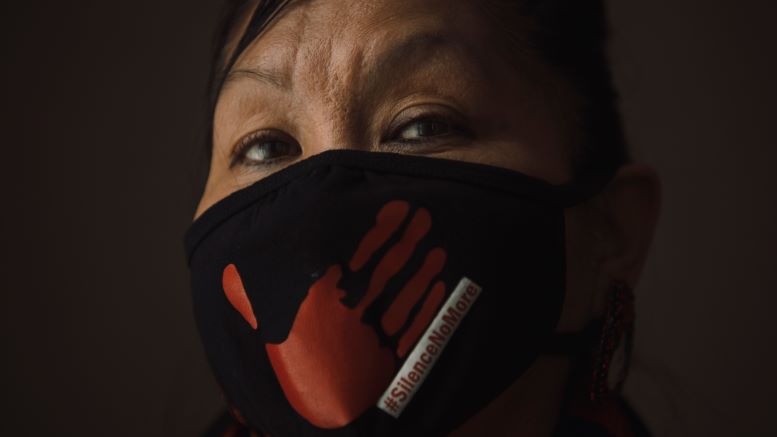 Indigenous women in Canada’s British Columbia have been going missing or being murdered along one of its highways. The stories documented by Al Jazeera shows how native populations continue to suffer due to deep-seated white racist attitudes that permeates several western societies yet remains hidden behind the ‘developed nation’ mask.

The natives were self-sustaining people who thrived with the help of an economy of inland fisheries. However, the arrival of missionaries in 1822 and subsequently British colonizers with the establishment of Hudson’s Bay Company in 1836 changed things for the natives and left them at the mercy of the colonizers.

In this regard, the Al Jazeera article notes:

The HBC was at the helm of the British colonisation of North America and allowed early white settlers to get rich off the vast resources maintained by the Indigenous tribes during the fur trade…HBC also introduced alcohol to Indigenous traders, many of whom became addicted to it.

…With the arrival of settlers came foreign diseases like smallpox and measles that wiped out thousands of Indigenous communities across the country. In the 19th century, the Indigenous population of British Columbia was estimated to be more than 125,000. But by 1929 there were just 22,000 Indigenous people left…

…Then came the Indian residential school system which forced Indigenous parents to send their children away to schools run by churches where physical, emotional, verbal, sexual and spiritual abuse was rampant.

The Royal Canadian Mounted Police (RCMP) enforced the law and threatened parents who refused to send their children to the schools with jail time.

Residential schools were notoriously abusive state- and Church-run schools – to which Indigenous parents were forced to send their children under threat of arrest. Thousands of children are said to have died in these schools and even though the last school was closed in 1996, colonialism has far from ended. The vestiges of colonialism and racism are reflected in the gory tales of how native women are being murdered or go missing never to be found.

Highway 16, also known as Highway of Tears, is an infamous stretch of road spanning more than 725 kilometers (450 miles) from the north Pacific coast of Prince Rupert to the inland city of Prince George and beyond, is a notorious road where dozens of women, mostly indigenous, have gone missing or been murdered.

Mike Balczer is a member of the Crazy Indian Brotherhood, started in 2007 with chapters across Canada, that patrol the streets looking for vulnerable people and protect women and children. The loss of his 18-year-old daughter Jessica Patrick who was found dead in a deteriorated condition in 2018 drove Mike to join the Brotherhood.

The story of Mike also brings to the fore the discrimination meted out to native populations in the name of child welfare. The residential school of the colonial era has now been replaced by the child welfare system under which 52.2 percent of children placed under foster care are natives despite making up only 7.7 percent of the child population. Child welfare authorities mostly place these native children in non-indigenous families for adoption or foster care.

Mike’s children were also put under foster care citing Mike and his wife’s alcohol addiction as a reason. Social workers threatened to call RCMP (Royal Canada Mount Police) when he wanted his children back. His daughter Jessica moved back with him when she turned 14 years. She went missing on August 31, 2018, and her body was later found by authorities off an embankment on the Hudson Bay Mountain.

Jennie is one of the aboriginal women who was raped by two white men on the highway when she was returning from school. Her ordeal was only worsened by the apathy of the RCMP. Jean Virginia Sampare went missing on the evening of October 14, 1971, when she was hanging out with her cousin Alvin near a bridge on Highway 16 and hasn’t been found since.

Three female members, all under 20 years, of Mary Nikal’s family went missing including her sister Delphine who disappeared in 1990 when she was 16 years old. Less than a year before Delphine disappeared, her 15-year-old cousin Cecilia Nikal went missing from Vancouver. A year before that, in 1988, another cousin, 19-year-old Roberta Nikal, disappeared near the city of Surrey in British Columbia.

Gladys Radek, who has lobbied governments and organized rallies and other events to bring attention to the crisis of Missing and Murdered Indigenous Women and Girls (MMIWG) for about two decades now, is a victim of what is known as the Sixties Scoop which was a mass removal of Indigenous children from their families by the child welfare system, thousands of Indigenous children from across Canada were “scooped” up and placed into mostly white families where they were displaced from their culture and often abused.

Radek was raped twice by RCMP officers in two separate incidents. Speaking of the RCMP, Radek says “That’s like me going to my abuser asking for help – it’s not going to happen. They’re the cops. It was the same with residential schools. All those preachers and nuns that were abusing our girls and boys – they were their own entity and they were going to take advantage and abuse as long as they can.”

One of the things that particularly concerned him were the ways victims were portrayed by the RCMP – as drug addicts, prostitutes and runaways, even when they had called family members to tell them their whereabouts before they went missing.

He felt the RCMP was often indifferent to the families of the victims and described their efforts to “stonewall, discredit, and intimidate” him during the 10 years he spent investigating the cases. This culminated in the force threatening to charge him with obstruction of justice if he continued.

Brenda Wilson has made it her life’s purpose to support families of Missing and Murdered Indigenous Women and Girls (MMIWG). She has been doing this for the past 27 years after her 16-year-old younger sister Ramona Wilson was found dead on June 11, 1994. She says that RCMP didn’t help and that she doesn’t recall them searching for her sister. It was family and friends who searched for her and put up several posters. Ramona’s body was found 1o months after she disappeared.

“I believe if she (Ramona) was white she’d still be here,” she says, adding that to her, racism is “just normal, an everyday thing”. Every year, near the anniversary of when Ramona went missing, Brenda organizes a memorial walk for her. Family members and others walk along the Highway of Tears to where Ramona’s body was found.

“It’s a part of life for me,” she reflects. “But it’s not something I want our future generations to live. I’m not going to be silent. I’m going to walk proud … We don’t need to be treated like this. We have the right to be here [and] to be safe”, Brenda adds.

“Many families of Missing and Murdered Indigenous Women and Girls (MMIWG) in Canada claim their loved ones’ cases are not taken seriously or properly investigated by the police. This despite the fact that Indigenous women in Canada are 3.5 times more likely than non-Indigenous women to be victims of violence – a result of underlying factors such as poverty, historical marginalization, racism, and the legacies of colonialism”, notes the report and story after story corroborates this.

The report also quotes Julie Kaye, an assistant professor in the sociology department at the University of Saskatchewan as saying “Canadian laws, systems are designed around protecting [the interests of] whiteness. We need to point to the fact that genocide is the way our governments and courts function. So how are Indigenous women supposed to safely exist within their lands?”

In 2015, a National Inquiry Commission was set up to look into the MMIWG issue. In 2019, the inquiry team, which had held dozens of community meetings across Canada and gathered testimony from more than 2,000 people, released its final report, which cited colonialism, discrimination, and genocide as responsible for the high rates of violence against Indigenous women and girls. PM Trudeau promised to develop a National Action Plan but it has since been stalled citing Covid as an excuse.

According to RCMP Reserve Constable Wayne Clary, who was one of the officers involved in the E-PANA investigation of MMIWG, “Along Highway 16, we have vulnerable women because of what the Canadian government did to Indigenous Peoples and their history”. He points to how Indigenous parents being forced to send their children to residential schools under threat of arrest tore out a generation and weakened a family structure leading to economic issues, substance abuse issues, family cohesion issues, isolation.

While Al Jazeera pushes for native populations in the West, it doesn’t extend the same courtesy to Bharat. Its reports on Bharat make its anti-Bharat and Hindu hatred amply clear. However, despite the fact that Al Jazeera is a pure Islamist, anti-Bharat, and anti-Hindu media outfit, this series brings forth that unlike Bharatiya media outlets it has dared to challenge the Western hegemony and narratives. Bharatiya media outlets not just fail to question western narratives about Bharat and Bharatiya culture but are actually guilty of perpetrating them further to suit their agenda and propaganda.