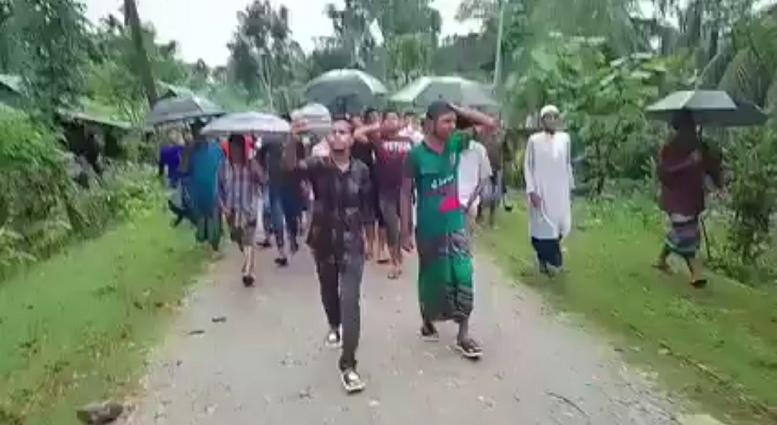 Incidents of targeting Hindu teachers for insulting Islam continue in Bangladesh. This time the victim is Kakali Rani, a Hindu teacher at Kamarkathi Girls Secondary School in Nesarabad, Barisal district. Local Islamists accused her of insulting Islam and the Prophet Mohammad.

Mahidul Islam Mahid, his brother and secretary of the local Awami League, is quietly assisting Tauhidul Islam in these communal activities. Tauhidul Islam’s father, Nesar Uddin, was a 1971 war criminal, Razakar, and rapist. The name of this Swarupkathi Upazila was changed to Nesarabad after him.

The targeting of Hindu teachers on charges of blasphemy is not new in Bangladesh. Earlier, there were  incidents of harassing Hindu teachers by making false allegations against them in different parts of Bangladesh. Previously in Chandpur, Bangladesh, a Hindu teacher was accused of insulting Islam for not saying Bismillah. The accused Hindu teacher is the headmaster of Balshid Haji Akub Ali High School in Shahrasti Upazila in Chandpur.

On September 5, Hindu teacher Akhil Chandra Debnath left the school campus in the face of strong protests. In August, a Hindu professor was assaulted and beaten by Awami League cadres  shouting  the “Joy Bangla” slogan in the Manikganj district of Bangladesh. In July, a Hindu teacher was fired for scolding  a Muslim student. Local Islamists spread this as an insult to Islam. In Noakhali, a Hindu teacher was  sentenced to 8 years in prison for allegedly insulting Islam.

(The story was published on sritiochetona.org on September 15, 2022 and has been reproduced here with a modified headline.)