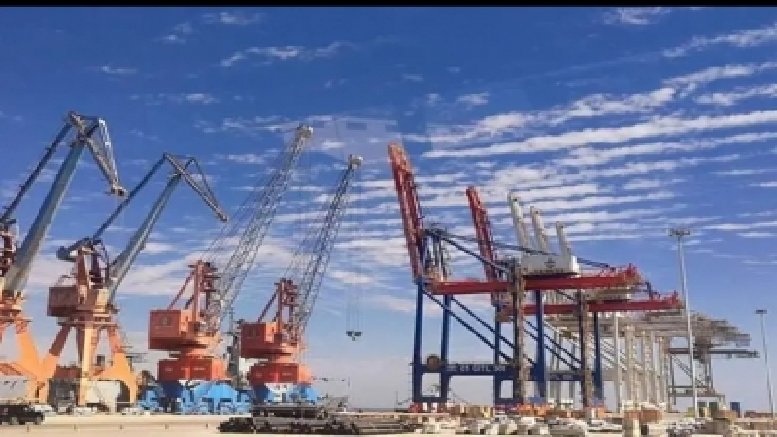 After 72-hours of intense fighting between the Baloch fighters and Pakistani troops, the Baloch Liberation Front (BLF) has warned China from supporting its “iron brother”.

In a statement on Saturday evening, the BLA told China: “to refrain from aiding Pakistan in looting Baloch resources and strengthening occupation of our motherland or else their interests will once again be at our target”.

The BLA statement also warned Pakistan’s Punjab-dominated military from sending its children to Balochistan to fight wars. The BLA said: “Pressurise your military to withdraw. Your military, in order to strengthen its occupation of Balochistan, in involved in Bangladesh-style crimes including Baloch genocide, rape and plundering of Baloch resources”.

Baloch fighters are seeking independence from Pakistan as they feel that the community has been short-changed by Islamabad. The grouse expressed often by the Baloch is that the people have been kept under-developed and exploited. Balochistan has one of the poorest human development indicators in Pakistan in terms of employment, education, health and other socio-economic factors.

Geopolitical expert Mark Kinra says: “Balochistan, which has been supporting Pakistan’s economic prowess is its least developed region. Its share of earnings has never surpassed single digits. Until 2018, Balochistan share in CPEC was just 4.5 per cent including Gwadar Port and Hub Power Company (HUBCO) projects but if we exclude Gwadar Port and HUBCO, it not more than one per cent”.

With the deployment of the China Pakistan Economic Corridor (CPEC), an ambitious $62 billion infrastructure project, the Baloch people feel further marginalised. Under the project, China and Pakistan are constructing roads, railways, power plants, industrial zones and even a port. The Baloch people say that they have been kept out of CPEC’s projects due to Pakistan’s discriminatory policies against the community.

China and Pakistan are also extracting gold, copper, coal and other minerals from Balochistan. The proceeds of these extractive industries mainly go to China, followed by Pakistan while the Baloch are left with paltry single-digit amounts from their own resources.

Talking about Saindak mines, Kinra says: “From 1975, Pakistan and China have been exploiting Saindak gold and copper mines and giving Balochistan a meagre 1-2 per cent of the profits. After decades of neglect, Pakistan has agreed to increase the share of Balochistan to 30 per cent with 5 per cent royalty. But Chinese companies do not want to let-go of the profits easily, so they pay zero sales tax and only one per cent presumptive tax, considering Saindak is in export processing zone and enjoys freedom from import regulations and free repatriation of capital plus profit.”

Baloch organisations carried out a suicide attack on a bus carrying Chinese engineers to the Saindak mining project in Dalbandin area in 2018. The attack resulted in injuries to three Chinese engineers.

The Baloch community is also annoyed with China as it poses a threat to Baloch identity. Kinra says: “The Federation of Pakistan Chambers of Commerce and Industry (FPCCI) has pointed out that Chinese nationals will outnumber the native population in Baochistan by 2048, thereby changing demography and causing unease among the Baloch.”

In an effort to keep China away from their land, Baloch armed organisations have launched a number of daring attacks against Chinese interests in Pakistan.

One of the most audacious was a deadly bomb blast at the luxury Serena hotel in Quetta which was hosting Chinese ambassador Nong Rong at the time of the attack.

Another high-profile attack was the gun and grenade attack on the Chinese Consulate in a high security zone of Karachi that killed four in November 2018.

In 2021, people opposing Chinese investment in Pakistan blew up a bus carrying Chinese engineers to the Dasu hydro-power project in Khyber Pakhtunkhwa. The result was the stoppage of work on all CPEC projects across Pakistan.

Another attack on Chinese investments was in June 2020 when the Pakistan Stock Exchange in Karachi was attacked with guns and grenades resulting in seven deaths.