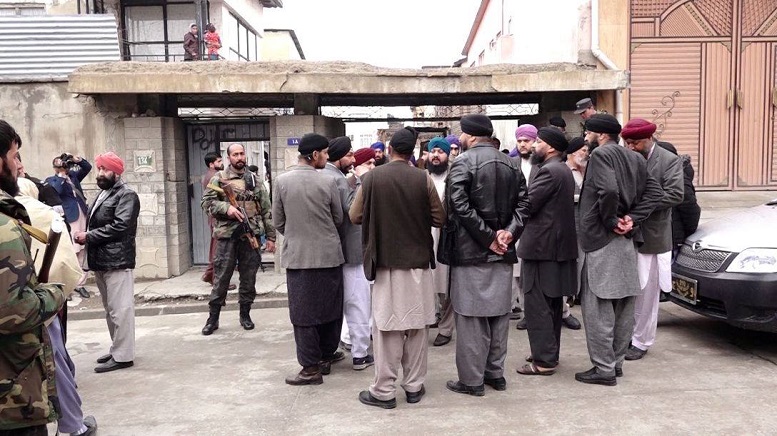 Unknown men broke into a Sikh woman’s house at late night last Thursday and brutally murdered her and cut off her body parts. Reportedly, her jewelry and cash have also been looted.

The Kabul police commander hasn’t commented about the motive of the incident yet. The relatives of the victim want the government to find and prosecute the murderers as soon as possible.

Samandar Singh, a relative of the victim, said, “They have brutally murdered my sister-in-law.” According to Moursir Nasila, the victim’s daughter-in-law, the victim’s mouth was folded with a scarf, and her lips and throat were cut. Nasila said that she doesn’t know what Sikhs were paying for.

Harjith Singh, another relative of the victim, said that the body of the victim had been cut in pieces and that this was cowardice, an act far from humane mentality. In the premises where the victim lived, six other families are also settled. They say that they had not noticed the occurrence.

The Hindus and Sikhs in Afghanistan say that their lives are getting worse than ever.

Narender Singh Khalsa, the Sikh/Hindu representative in the lower house, said, “Previously, the Hindus in Afghanistan had various challenges, left their homes, houses have been looted, and they have suffered a lot.”

Recently, the crimes in Kabul have been increasing day by day. Although the government has spoken of new policies to reduce criminal activities, there are no results in practice.

(This article was published on ariananews.af on February 28, 2020 and has been reproduced here in full. It was shared by twitter user @JaskaranS_ )

Hindus and Sikhs of Afghanistan have been facing severe persecution in war-torn Afghanistan. With the planned withdrawal of US forces and the resultant strengthening of Taliban’s position, things are only looking worse for Dharmics living there.

Yet, the ruling Congress government in Punjab has passed a legislation against CAA with CM Amarinder Singh making the bizarre claim that CAA is akin to “ethnic and religious cleansing of Hitler’s Germany” and questioning why Muslims and Jews have been left out in the legislation. BJP-ally Shiromani Akali Dal voted in favour of CAA  in Parliament but has since changed its stance ostensibly due to fear of losing Punjabi Muslim votes and is now asking for ‘Muslims to be included in the ambit of CAA’.