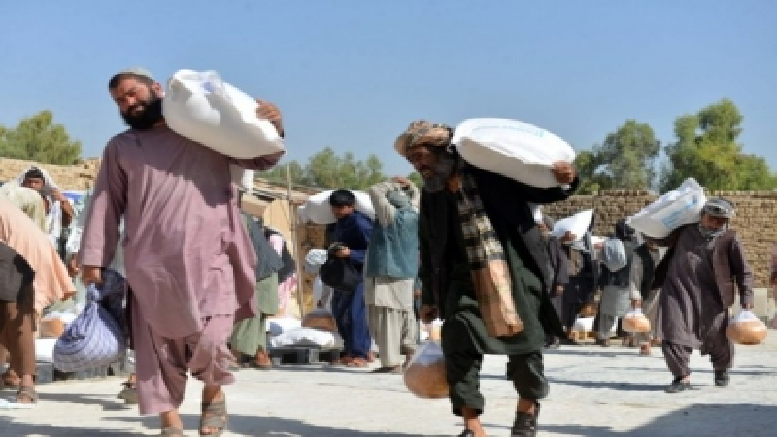 After the hasty withdrawal of the US and NATO forces from Afghanistan, many Afghan families have opted to relocate through legal and illegal means and entered the neighbouring Pakistan.

However, the Afghan families have been hit with a shock as property rental prices across the Khyber Pukhtunkhwa (KP) province have swelled.

The KP province, which shared ethnic, cultural and social similarities with that of Afghanistan, is witnessing an increase in the flow of Afghan refugee families, who are mostly entering into the country through the Torkham border crossing with Afghanistan.

Areas including Hayatabad, University Town, Shami Road and Board Bazar in Peshawar, which are among the popular vicinities for Afghan families to seek rented places because of better infrastructure and easier access to commercial areas, house and apartment rentals have soared at their peaks and making it almost impossible for Afghan refugee families to afford the demands.

Saif-ur-Rehman, an Afghan national, who came to Pakistan with his family with an aim to seek a better life for them, was dismayed to witness what he did not expect upon his arrival in Peshawar.

“I have been searching for a place to stay since the past two weeks but the rent demands are beyond by expectations,” said Rehman expressing his agitation over the deliberate increase in property rentals.

Despite the surge in rentals, Peshawar remains as the most desired and favourable place for Afghan refugees to seek their settlement in, mainly because many Afghan families are already settled in the city for decades.

“Peshawar is the city of choice for migrants because a lot of Afghans are already settled here. The influx of people was inevitable with how things unfolded so the property dealers and house owners took advantage of the situation,” said Abdullah, another Afghan migrant who resides in the provincial capital.

While this may be called usual business tactics, Afghan migrants maintain that making use of the situation in Afghanistan and the increased inflow of migrants into Pakistan, the property dealers and owners may make pretty healthy money, but they would be making gains at the expense of poor migrants, who have left their homeland and come to the country seeking cheaper rentals.

“Many of the Afghan families, who are already living in Peshawar… Their lease would soon end and they also would be hunting for cheap rental places. So the demand would increase and its capitalization will be done by the property owners,” said Pervaiz, an Afghan migrant residing in the city.

The concern of the Afghan migrants is not something that the property dealers deny. They maintain that it is a matter of demand and supply, which is not aimed at targeting or making migrants suffer, but is purely business.

“We anticipated an increase in demand for houses and apartments after the situation in Kabul and with such hefty demand, cost of living was bound to go up,” said Imran, a property dealer in Peshawar.

“It is not entirely in our control, house owners ask us to quote higher rates when they witness an increase in people inquiring about rental units. We cannot go against the best interest of property owners. So we don’t have any other choice but to jack up prices. Our job is to strike a deal between the consumer and the owner. At the end of the day, we are just looking to get the deal materialized and earn our commission.”