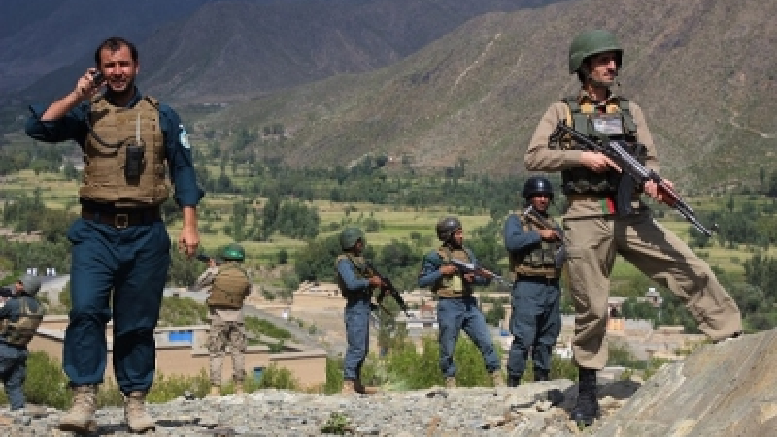 About 40 Taliban terrorists and five policemen were killed in the latest spate of violence in Afghanistan as massive gun-battles raged across the war-torn country, according to multiple sources.

The local media said that nearly 40 security forces members were captured after terrorists seized government office buildings in the district, 60 km west of the capital Kabul.

The security forces have been in siege for a couple of days in the district where a key provincial road passes, connecting Kabul to central parts of the country.

Meanwhile, the Afghan Air Force targeted the terrorists in the district, killing 10 of them, injuring one and destroying a vehicle, a motorcycle and some weapons, the Defence Ministry said.

“The operations of Afghan National Defense and Security Forces continue in Jalrez and the district will be cleared off terrorists soon,” the Ministry said in a statement late Friday.

Jalrez is the third district captured by the terrorists this month.

On Thursday, Taliban overran Dawlat Shah district in Laghman province, after capturing Nirkh district south of Jalrez on May 11.

About 15 out of 407 Afghan districts remain under Taliban’s control while 40 districts have been facing high threats from terrorists and 30 per cent of the districts were contested, according to official figures.

In Zabul province, five policemen and seven terrorists were killed during armed clashes at a police station on Thursday might.

The mountainous province has been the scene of heavy clashes in recent years.

In Helmand province, 14 Taliban terrorists were killed and 11 others wounded when Afghan Air Force targeted terrorist positions in Bolan, an area on the outskirts of provincial capital Lashkar Gah city on Thursday night, an army source said.

Five terrorists were killed and two others wounded by a separate airstrike in nearby Surgudar locality, according to the source.

The Taliban have conducted multiple attacks outside Lashkar Gah in recent days and tried to take over control of the key city in the region.

Besides, three Taliban fighters were killed and three others wounded when Afghan warplanes targeted a centre in Khash Rod district of Nimroz province on Thursday night.

The terrorists were illegally collecting tax from cargo trucks driving along a provincial road in the province, bordering Iran.

Violence lingers in the Asian country as Taliban terrorists have been attempting to seize small towns or districts by launching hit-and-run ambushes against Afghan national security forces.

While the US and NATO troops have been leaving the country, violence in the country is on the rise.

200 kg of Pak-Afghan heroin seized from Iranian boat off Kochi coast, Kerala link of drug bust in Navi Mumbai too