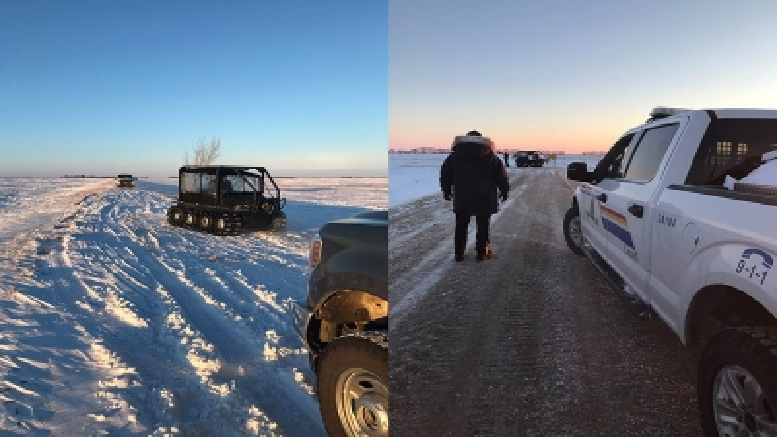 All four persons found dead on the Canada side of the US-Canada border by the RCMP on Thursday were a Gujarati family.

They were part of a group of people being smuggled into the US from Canada as part of a wider human smuggling operation.

The deceased were a man, a woman, an infant and a teen boy. All four died from frostbites.

Their bodies were located about 12 metres inside Canada from the US-Canada border, according to the Royal Canadian Mounted Police (RCMP).

The RCMP said its officers launched search operations after they were told by the US Customs and Border Protection about the arrest of a group of people who had crossed into the US from Canada.

The US agents told the RCMP that they have stopped a 15-passenger van about 1 km from the international border and found two undocumented Bharatiya nationals (Gujaratis) in it.

The van’s 47-year-old driver, Steve Shand of Florida, was arrested and charged with human smuggling.

At the same time, five more Bharatiyas– all Gujarati speaking — were arrested not far from where the van was stopped by the US border agents.

The five told the investigators that they walked across the border from Canada to the US as they were to be picked up by someone. One of them revealed that he fraudulently got a student visa from Bharat to come to Canada and then enter the US.

Among the five, a man and a woman suffered frostbites and were both taken to hospital. Because of her severe frostbite, the woman was airlifted to another hospital where she may have her hand amputated.

All the seven Bharatiyas (two found in the smuggler’s van and five arrested ) were found wearing same kind of clothes — black winter coats with fur-trimmed hoods, black gloves, black balaclavas and insulated rubber boots — provided by the human smuggler, Steve Shand, according to documents filed against him in the US District Court in Minnesota.

US authorities believe Shand is part of a wider human smuggling network as three such incidents — on December 12, December 22, 2021 and January 12 — were reported from the same area from where he was arrested.