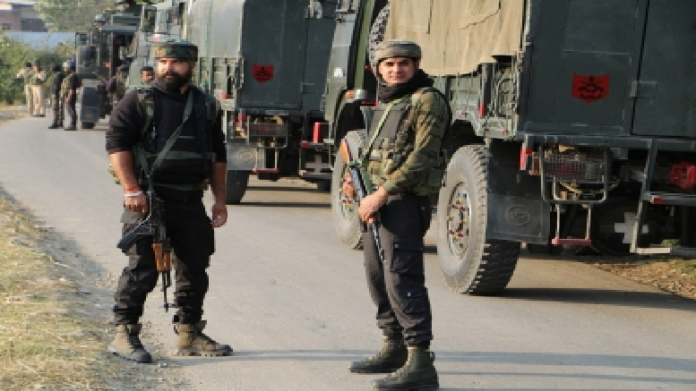 The topmost local terrorist of proscribed terror outfit JeM was killed in an encounter with security forces at Tral in Jammu and Kashmir’s Awantipora district on Wednesday.

Police said on a specific input generated by Awantipora police regarding presence of terrorists in Tilwani Mohalla Waggad area of Tral, a joint cordon and search operation was launched by police, army, and the CRPF in the said area.

“During the search operation, as the presence of terrorists was ascertained, they were given repeated opportunities to surrender; instead they fired indiscriminately upon the joint search party which was retaliated leading to an encounter. In the ensuing encounter, one terrorist was killed and his body was retrieved from the site of encounter,” a police officer said.

The dead terrorist was identified as Sofi.

Police said as per its records the killed terrorist was categorised and active since June 2019, figuring among the list of most wanted terrorists operating in the Kashmir Valley. He was also part of groups involved in several terror crime cases including attacks on security establishments and civilian atrocities to which several terror crime cases stands already registered against him.

Incriminating materials including arms and ammunition were also recovered from the site of encounter. All the recovered materials have been taken into case records for further investigation.

Inspector General of Police, Kashmir, Vijay Kumar has congratulated the joint forces for the big success that led to the elimination of most wanted terrorist involved in several terror crime cases.