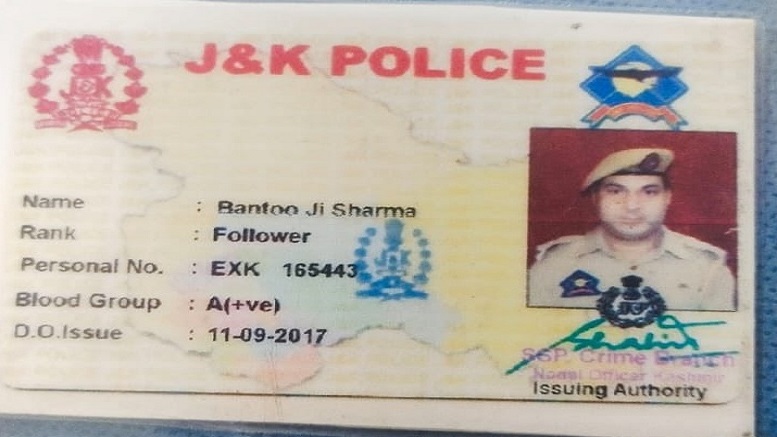 Policeman Bantoo Sharma and labourer Shankar Choudhary were killed by terrorists in the Nehama area of South Kashmir’s Kulgam district on Friday.

Off-duty constable Bantoo Sharma was critically injured near Shemford Futuristic School in Wanpoh area when terrorists opened fire at him. He was shifted to a hospital where doctors declared him dead.

Soon after the terror attack, the area was cordoned off and a manhunt has been launched to trace the terrorists who carried out the attack.

J&K LG Manoj Sinha took to Twitter to condemn the attack and assured that “perpetrators of this heinous act will be brought to justice very soon.”

Later that same evening, Shankar Choudhary, a laborer from Bihar, was shot dead by terrorists in the same Nehama area. Security forces were rushed to the spot.

Meanwhile, controversial media outlet NDTV’s headline about these terrorist murders tried to create doubt about the identity of the perpetrators: