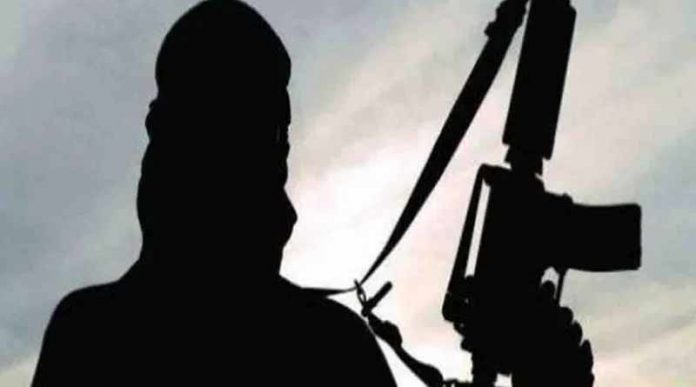 A salesman working at a shop owned by a Kashmiri Pandit in old part of Srinagar was killed by terrorists on Monday evening.

Mohammad Ibrahim Khan was shot and critically wounded after terrorists fired at him multiple times in the old city Bohri Kadal area of Srinagar. He was shifted to the SMHS hospital where he succumbed to critical injuries. Khan belonged to Astengo village of north Kashmir Bandipora district.

He was working as a salesman at the shop owned by a Kashmiri Pandit, Roshan Lal Mawa. His son, Dr Sandeep Mawa is the president of Reconciliation Front and works for the return of Kashmiri Pandits to the Valley.

Dr Mawa had reopened his father’s shop in 2019 after it remained shut for 29 years.

This gruesome murder has again jolted the desire of the minority Kashmiri Pandit community to return to their roots in Kashmir. It has also shown the hollowness of the words of the Kashmiri political leaders who keep claiming that Hindus are welcome in the valley.

This is the second terror killing in Srinagar in two days. On Sunday, terrorists shot dead police constable Tawseef Ahmad Wani in Batamaloo area of Srinagar.

Those killings had sparked an exodus of Hindus and migrant laborers from Kashmir, with many poor Hindus from Bihar and other states experiencing horrible treatment at the hands of their Islamist employers who drove them away in the middle of the night without settling their dues.

This violence shows that abrogation of Article 370 is just the first step in what will be a long-drawn process of restoring peace in J&K and integrating it with the rest of the nation. The most important step at this stage is to openly acknowledge that the battle in Kashmir is a jihad against the Indian state. The conflict is rooted in religion, nothing else. Unless the monster of Islamic radicalization, and the terrorist state of Pakistan, is tackled at every level, everything else will remain moot. Carving a separate state/UT out of Jammu to prevent the spread of Islamism in that region and to ensure that the region gets its due, must be taken up on priority.

We have to stop thinking as per the frameworks imposed by the Western deep state complex, and think outside the box rather than go back to failed ideas like pumping in more money into the valley in name of ‘development’, or conducting fresh elections involving the already discredited Kashmiri politicians like Mehbooba Mufti, Omar Abdullah, Mirwaiz Farooq, Ghulam Nabi Azad etc.