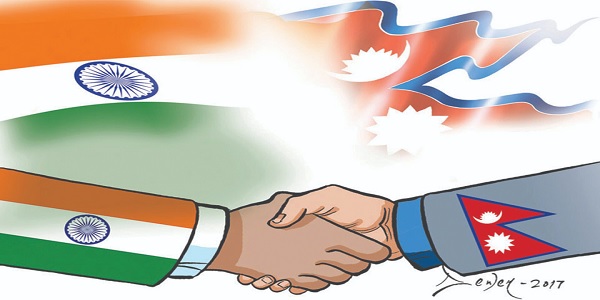 The rising number of mosques and madarsas in the last three years along the Indo-Nepal border adjoining Uttar Pradesh, Bihar and West Bengal is a matter of serious security concerns, intelligence agencies have warned in a latest report.

These religious setups have mushroomed within 10 km from the Nepal border and also across the border in the Nepal side, leading to demographic change in some parts of the border areas in Bihar, Uttar Pradesh and West Bengal, the report has said.

The sources in the security grid said that these religious setups are being been funded by Pakistan’s Inter-Services Intelligence (ISI) and other anti-Bharat organistions working abroad.

The officials in the security forces have admitted that the size and grandeur of these mosques and madrasas itself indicate foreign fundings, and apart from the ISI, these religious houses also get fundings from Arab countries.

The security officials deployed on the Bharat-Nepal border said that these centres have been instigating anti-Bharat sentiments and they also give shelter to criminals active in the border areas of Bihar, Uttar Pradesh and West Bengal.

“These areas have also seen a spurt of smuggling of fake Indian currency notes and narcotics, and there is no extradition treaty agreement with Nepal,” a government official said.

Officials in the Uttar Pradesh and Bihar governments have also admitted that criminals often take shelter in these religious places after committing crimes as the Bharat-Nepal border is unfenced and porous.

The Integrated Check Posts have been set up on the major roads but the village roads leading to Nepal are unguarded, they added.

“The majority of construction of mosques, madrasas and mosque-cum-madrasas have been flagged in Uttar Pradesh’s border districts of Maharajganj, Siddharth Nagar, Balrampur, Bahraich, Shravasti, Pilibhit and Khiri, while Kishanganj and Araria in Bihar and Panitanki town of Darjeeling district in West Bengal have seen such rise in last three years,” an official in the central security grid said.

In recent years, the Himalayan state has been used by Pakistan-based terror groups as safe havens and the Bharatiya agencies have substantial evidences as to how the Nepalese banks have also been playing a crucial role in terror-funding against Bharat.

In 2019, the Uttar Pradesh Police had busted an international terrorism funding racket linked to Nepal’s central bank and they claimed the involvement of Bharatiya nationals who used to bring money from Nepal and use it to fund terrorist activities in the country.

The chief of dreaded terror organisation Indian Mujahideen, Yasin Bhatkal, and his aide Asadulah Akhtar, who were from Pokhra in Nepal, were hiding there after carrying out a series of bomb blasts in Bharat in 2013. Bhatkal was arrested on August 2013 from the Nepal border near Motihari in East Champaran district in Bihar.

Describing the enormity of the security threat posed by these religious setups in Nepal, retired IPS officer Vijay Shankar Singh said that these setups are being funded by the ISI, and the Government of India needs to speak to the Nepal government immediately to stop anti-Bharat activities.

“India needs to focus on re-strengthening its ties with Nepal, which has been a natural ally of India historically. We have the ‘Beti- Roti’ relation with Nepal from hundred years ago, there is a matrimonial relationship between families residing in the border areas of Bihar and UP with Nepalese people,” Singh said.

He also said that the proposed rail and road connectivity from China has also changed Nepal’s allegiance towards China and the Communist-backed government in the Himalayan nation has almost dumped Bharat.

In recent times, Pakistan and China supported Nepal financially in many infrastructure projects which has led to a swift change in alliance with these countries.

Nepal, the land-locked country, was totally dependent on Bharat for import but recently China has promised a 417 km long rail link up to Kathmandu from the Chinese section Shigaste.

Beijing and Kathmandu signed a treaty in 2016 to build a rail link to Nepal under China’s Belt and Road Initiatives. A ‘Friendship Highway’ of 806 km is being constructed to connect Lhasa, the capital of Tibet, with Nepal border which is about to be completed soon.

Citing his experience as Senior Superintendent of Police in eastern Uttar Pradesh districts, Singh said that the Bharatiya security agencies need to keep an eye on the people who frequently visit these mosques and madarsas and the Bharatiya government needs to use diplomatic channels to stop these activities along the Bharat-Nepal border.

He also said that the majority of the population in both the countries are in favour of having smooth relations as they are historically and culturally associated with each other.