How terrorists misused Ramzan ‘ceasefires’ to regroup and kill innocents 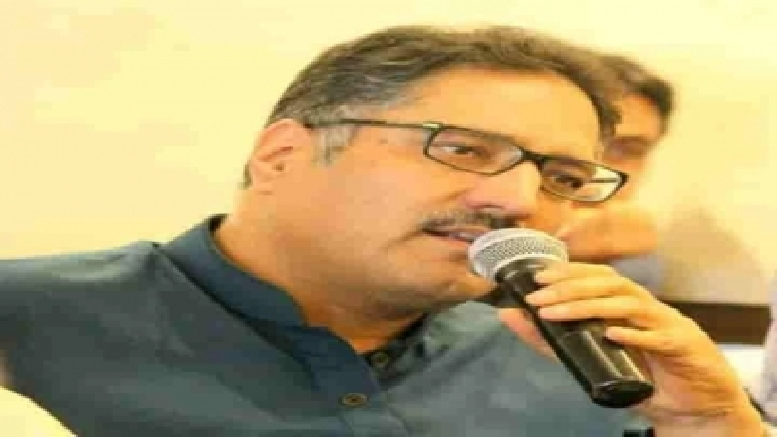 Until 2019, Kashmir’s amphibian politicians had been calling for a ‘Ramazan ceasefire’ for a long time. Did they want suspension of bloodshed in the holy month of fasting? Or, instead, were they appeasing the militants, enabling them to operate freely, shore up their logistics, and strike targets without any pressure from the State’s security apparatus?

In Kashmir, the armed insurgency started with the slogan of ‘azaadi’-attack on DIG Ali Mohammad Watali’s house; grenade attacks on Central Telegraph Office; low intensity blasts at a coffee shop and Bakshi Stadium; killing of the National Conference worker Mohammad Yousuf Halwai. In the beginning of 1990, it assumed a religious colour with the calls for Jihad, killing of Pandits and the slogans like ‘yehan kya chalega, Nizaam-e-Mustafa’.

Once a political movement turns into a religious war, the consequences are obvious. An eminent Islamic scholar and then Vice Chancellor of the University of Kashmir, Prof Mushir-ul-Haq, was kidnapped on 6 April 1990 by the Jammu and Kashmir Students Liberation Front (JKSLF) which called itself the student wing of the Jammu and Kashmir Liberation Front (JKLF). JKLF and JKSLF didn’t wear religion on their sleeves. Most of the Kashmiris expected Professor Haq’s release even if the government didn’t accept his captors’ demands.

It was the first high-profile kidnapping after JKLF had succeeded in securing release of five militants in exchange for Rubaiya Sayeed in December 1989. As Governor Jagmohan refused to concede to their demands, the JKSLF terrorists shot dead Prof Haq and his personal secretary Abdul Gani Zargar. Later, some of the militants in custody revealed that Prof Haq led prayers of his captors during those four days of Ramzan. After the Sehri and morning prayers on 10 April 1990, both Haq and Zargar were shot dead.

There was no thaw in the bloodshed in the month of Ramzan. Clerics referred to the Islamic history, pointing out that at least five key battles-Badr, Makkah, Tabuk, Ain Jalut and Hattin-were fought during the Prophet’s lifetime very much in the month of Ramzan. The counter-interpretations asserted that there was no equivalence between the holy wars of the Prophet’s period in the Arab world and the one being fought over geopolitical dynamics in the subcontinent. But there were few takers to reason and logic.

In Ramzan, militants announced special strikes and killings to commemorate the Battle of Badr, without regard to the repeated unilateral ceasefires declared by New Delhi on recommendations of J&K’s mainstream politicians sailing on the two boats.

There is no count of the killings executed in the holy month. Two CRPF men were attacked from behind and killed in Budgam when they were buying chicken and vegetables in the Ramazan of 1991. Such attacks continued for years. In May 2020, two BSF men were attacked from behind and shot dead at Soura in Srinagar where they were buying chicken and dates for Iftar.

The residents of Sogam, Lolab, were in the midst of their late evening Taraveeh prayers when terrorists, without removing shoes, entered a mosque, dragged out a civilian and chopped off his head at the entrance. One civilian was similarly dragged out from a mosque at Gotapora Budgam and shot dead years later.

The most horrific massacre of 23 Pandits, including 9 men and 4 children, was executed on Lailatul Qadr, the holiest night of the holy month of Ramzan, at Wandhama on 25 January 1998. Deputy SP Mohammad Ayub Pandit, was also lynched to death at Srinagar’s Jamia Masjid during the same Shab-e-Qadr on June 22, 2017.

The first Ramzan ceasefire was announced by Prime Minister Atal Behari Vajpayee on 19 November 2000. Even as the militants continued their attacks and killing sprees, it was repeated three times by the successive governments till May 2016. According to reports, 830 deaths-including 348 civilians and 197 security forces personnel-happened during these unilateral ceasefires.

In its first year of the coalition, the BJP obliged the PDP with the announcement of a unilateral Ramzan ceasefire in 2015, even after its outright rejection by Lashkar-e-Tayyiba as well as the Hurriyat. Speaking at a seminar, the JKLF chairman Yasin Malik said: “Delhi has given the Kashmiris only a month to live”. He never condemned the militants’ disregard for the holy month.

Finally, the most controversial ceasefire of May-June 2018. It ended with the prominent journalist Shujaat Bukhari’s death. Bukhari was gunned down along with two security guards two days ahead of Eid, on 14 June 2018. On 18 June, BJP’s withdrawal of support brought down Mehbooba’s coalition government.

Ironically, Bukhari was a bigger advocate of the Ramzan ceasefire than Mufti. He kept shuttling between Srinagar, New Delhi, Islamabad and Muzaffarabad and mobilised opinion for the truce. On 19 May 2018, he published an article in support of the ceasefire in Scroll.in, not knowing that it would release pressure on the militants and make their job of killing him outside his office easy.

On sustained pressure from then Chief Minister Mehbooba Mufti, Rajnath Singh had announced the Ramzan ceasefire unilaterally through a thread of tweets on 16 May 2018. But in hindsight, despite good intentions, that decision turned out be a folly, for on the very next day, terrorists killed 23-year-old Hilal Ahmad Parray at Hajan. According to senior officials, J&K Police received specific information about the presence of the second most wanted militant, Junaid Sehrai, at his house in Baghat Barzulla, Srinagar. “We didn’t plan an operation as our hands were tied because of the ceasefire”, said an officer.

Later, Sehrai was killed along with another militant in a fierce gunbattle in the downtown Srinagar interior of Nawakadal on 19 May 2020. “Junaid Sehrai and Riyaz Naikoo (Hizbul Mujahideen’s two top commanders) established their hideouts and expanded their networks during the Ramzan ceasefire in 2018”, the Police officer added.

Even in 2019, militants celebrated the beginning of Ramzan with the killing of the BJP leader Gul Mohammad Mir who had unsuccessfully contested the Assembly elections of 2008 and 2014. His assassination was executed a day before the polling in the Lok Sabha elections.