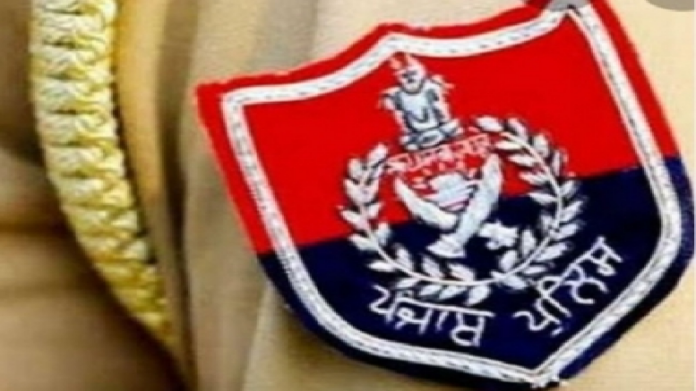 The recent attack on a police station in the border district of Taran Tarn was the fifth of its type in the last 12 months. As in all the earlier attacks, the targets were high profile and important police establishments like the Mohali Intelligence Headquarters, Crime Investigating Agency and Pathankot Cantt Police Post. Another serious dimension, was the insidious and targeted killing of three police protectees.

Just about a month ago, Bhupinder Singh was shot dead at Jalandhar, and the armed constable deployed for his protection, sustained gunshot injuries and he also succumbed to the injuries in hospital. Pradeep Singh was killed in Faridkot. Shiv Sena activist, Sudhir Suri was gunned down in Amritsar.

In the case of Bhupinder Singh, the family informed the police that the gangsters were demanding a ransom of Rs 30 lakh from them.

This is an extremely grim situation and it is absolutely crystal clear that the nexus between Pakistan’s ISI, the local gangsters of Punjab and the pro-Khalistani elements operating from the US, Canada, the UK, Hong Kong, Germany, among others, are working in close coordination to create disturbances in Punjab, using the 1984 anti-Sikh riots, the Covid pandemic, the farmers agitation and the poor job opportunities in the state.

This is borne out by the fact that narco terrorism is an evil that has spread its dreaded tentacles all across the state, drone incursions carry payloads of narcotics, weapons, fake Indian currency, foreign currency, have become brazen and frequent. Drug addiction in Punjab, especially in the youth, has assumed alarming proportions.

In a confidence building measure, DGP Punjab Gaurav Yadav stated that 404 gangsters have been apprehended in recent months. On the face of it, this may be of some consolation as a sign of proactive action- but in the light of the fact that almost 4000 persons of Punjab have been identified as being involved in radical activities, it is also alleged that of these more than 200 received money from the banned pro Khalistani outfit Sikhs for Justice (SFJ).

Although it is a matter of satisfaction that almost 1000 were short listed by the Punjab Police for their deradicalisation programme, with some success. But again the pro-Khalistani elements, mostly from outside India and at the behest of the ISI are hell bent on creating disturbances in Punjab.

There seems to be an eerie similarity between the present condition and the early days of Punjab terrorism of the 80’s. Full credit to the mature leadership provided by the then Directors General of Police, Mr Julius Francis Ribeiro and the late Mr KPS Gill, that terrorism was wiped out. I was fortunate to receive able and timely guidance from Mr Ribeiro and Mr Gill during my tenure in Nainital and Moradabad; we were fortunate to receive contingents of the Punjab Police for close and coordinated action, which worked wonders in stamping out terrorism after years of persistent action against terrorists and their support systems.

If in those times it was Jagjit Singh Chauhan trying to print the ridiculous Khalistan currency, today it’s the Sikhs for Justice and the likes of Pannu, and other anti-national outfits who started merely by creating a Facebook page, website and under the ISI’s patronage and guidance, they have started aggressive vitriolic campaign on the social media platforms like the Twitter, YouTube, Facebook, Instagram etc and also using highly sophisticated and encrypted customised apps for in-house communication.

The time to act was yesterday not today. We are already late in addressing the problems in totality, this problem, obviously, is not to be nipped in the bud but crushed in the bud.

A TV commentator of the ruling party mentioned that we have stepped on the tail of the cobra and naturally it will raise its hood! The obvious combatant’s solution, the world over has been to chop off the head of the cobra, especially those bred and fed by the ISI and Pakistan.

In this grim situation all the intelligence agencies like the IB, Raw, Military Intelligence, BSF the Punjab Police and the Police forces from the neighbouring states, like Kashmir, Haryana, Uttar Pradesh and other sensitive states must share intelligence and ensure pre-emptive strikes on the terrorist hideouts and their support systems. The nexus between the gangsters and the anti-national elements has to be broken once and for all. Till now the decisive assault like action under the National Security Act, UAPA, confiscation of movable and immovable property does not seem to be happening on a war footing.

On the contrary the Supreme Court expressed dissatisfaction over the lax investigation and prosecution of Excise Act cases in Punjab.

It must be borne in mind that these are horrible fault lines that must be addressed – the accused of the Excise Act, in all probability would be directly or indirectly related to those involved in narcotics and other anti-national activities. The requirement of the day is a ruthless drive against all such elements with a no-nonsense attitude.