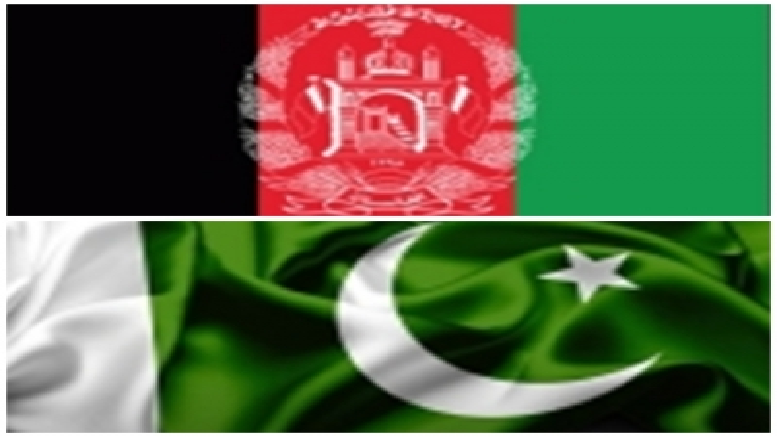 Atmar termed the presence of foreign fighters and regional and international terrorist networks alongside the Taliban a major threat to the region and the world and emphasised practical cooperation between regional countries, particularly Pakistan in closing shelters and ceasing funding sources of the Taliban, and encouraging the group to resume meaningful talks and find a political solution to the success of the Afghan peace process, says the press release issued by the Afghan Foreign office after the meeting of the both ministers in Dushanbe, on the sidelines of the fourth meeting of the Afghanistan Contact Group within the Shanghai Cooperation Organization (SCO).

In retaliation, Qureshi told his Afghan counterpart, “the blame game would not serve the region,” and asked him to address all concerns through “established institutional mechanisms” including the Afghanistan-Pakistan Action Plan for Peace and Solidarity .

After the meeting Qureshi said in a tweet, The path ahead is ultimately determined by Afghan leaders from whom flexibility is essential to achieve a negotiated settlement and any blame games are detrimental to peace process. Neither Pakistan nor the int’l community nor indeed people of Afghanistan wish for a repeat of civil war”.

Citing the UN report, Afghanistan’s First Vice president Amurullah Saleh said that at least a dozen different militant groups are active in both Pakistan and Afghanistan, with at least 6,500 Pakistani soldiers fighting along with the Taliban.

“Taliban are guided by special units of the Pakistani army.” Saleh said.

Saleh also took another pot-shot at the Pakistanis when he tweeted: “Pak has come out of denial & is openly saying they are harboring the Taliban”, referring to the “confession” made by the Pakistani Interior Minister Sheikh Rashid that Taliban leaders and their families are in Pakistan.

“The Interior Minister of Pak tells BBC Persian that Talibs receive treatment in Pakisani hospitals,, maintain cemeteries, Talib leaders are based in Pakistan & their children go to school here. So who are responsible for massacre of Afghans ? Any more evidence needed ? Saleh said in a post on Twitter.

Though Pakistani leaders including the foreign minister Quereshi have been denying these charges but no one believes them including their own senators.

Moshin Dawar, Member National Assembly and a prominent leader of the Pashtun Tahafuz Movement (PTM) openly Pakistani military establishment,”despite losing thousands of Pakistanis, the State refuses to change its policies. Look at the way the Establishment controlled media is exaggerating Taliban achievements in Afghanistan. If Taliban are so dear to the Establishment, then why not select them for Pakistan as well”?

Speaking on the floor of the Pakistan National Assembly on Tuesday, he backed Afghanistan First Vice President Amrullah Saleh’s claim that the Taliban is guided by his country’s special forces from Peshawar and Quetta.

“Taliban are exported to Afghanistan from here while the FM and President justify @AmrullahSaleh2’s claims about Pakistan’s role in Afghanistan with their statements. Dead bodies of Taliban fighters are brought back to Pakistan for burial. Taliban continue being supported openly”.

On Tuesday, CNN broadcast a gory video showing a group of 22 unarmed Afghan commandos being executed by Taliban fighters, last month. The footage was taken last month in the town of Dawlat Abad in Faryab province in Northern Afghanistan. According to the Red Cross, the bodies of 22 Afghan commandos were recovered from the scene.

“This evidence suggests that the Taliban’s persistent claims to have changed their ways are predicated on a lie and completely undermines their claims that they will respect human rights in the peace process. The Afghan authorities should launch an immediate investigation into this reprehensible act in an attempt to bring those responsible to justice, however, should this fail the international community and the International Criminal Court must step in”, said Samira Hamidi, Amnesty International’s South Asia Campaigner.